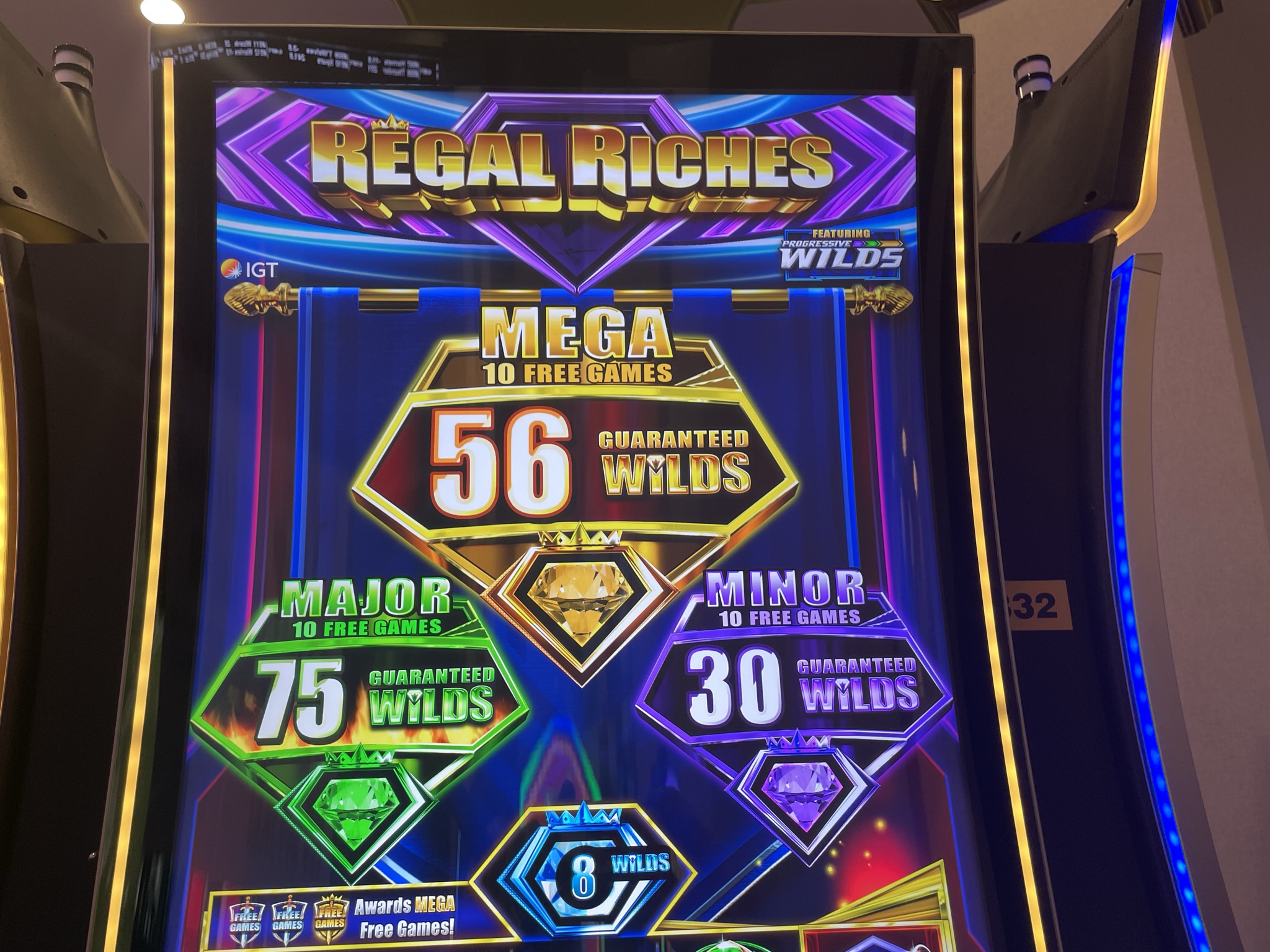 Regal Riches and Prosperity Pearl are identical slot machines except in name and and symbols. They are made by Unity, which is a division or subsidiary of IGT. In other words, they are skins of each other. What is special about these games is when the player gets a wild he not only get to use it that turn, but it is also banked for a future spin or bonus. If enough wilds get banked, then the odds swing the players favor. The sharp player will jump in on such a game left in a positive state and play until he burns off the banked wilds.

The pay table is below.

If these rules were not clear, feel free to read the following rule screens yourself. Click on any image for a larger version.

The more wilds are in the meters, the greater the expected return. The big question is when are there enough wilds to offer a player advantage?

My short answer is "I don't know." However, I have listened and read the opinions of several machine advantage players. They don't necessarily agree with each, but they are fairly close in where the breakeven points are.

That said, here is my advice on the minimum number of wilds needed to play. In other words, play if any one of these meters as at the number shown below, or more.

If one or more meters are in the grey area of whether to play, also consider the other meters.

Remember that each bet level is like a different game with different wild banks. You should check all of them.

For luxury casinos that likely have stingy slots, you should have higher standards of when to play. This advice goes for ANY slot machine.

Please take this advice with a grain of salt. I advise you to get a feel for the game yourself and share information with other advantage players.