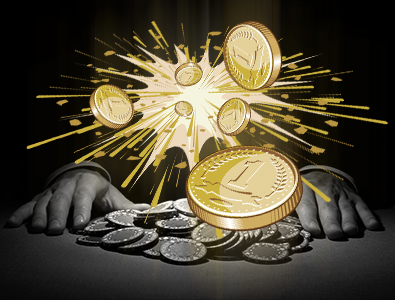 I have recently happened upon an Article that purports to list the most, 'Gambling Addicted,' states and discusses its methodology for determining same.

The first thing that I want to do is commend the author of that Article, Richie Bernardo, for what is an impressive and laborious undertaking. To even attempt to put together a comprehensive list of that nature is nothing short of ambitious, and I should know, as I have compiled various comprehensive state-by-state lists with respect to the legality of Online Gambling. The entire process involves finding sources, cross-referencing as much as possible, math, verification (to as great an extent as possible) and finally, presenting the data.

Problems with the Conclusions

However, with that being said, I think that the Methodology presented in the above-linked Article may have been flawed in a very minor way, and I intend to first present my problems with the methodology, and then to propose an alternative method. For my follow-up Article on this one, I intend to actually use my method to determine what my list for the most Gambling-Crazed states looks like. I imagine it will be pretty close.

The first area that I would suggest needs improvement is that the Article cited uses the number of casinos (Tribal and State-Licensed) per 100,000 as the largest provider of, 'Points,' to determine what States are the most gambling-crazed. While that is definitely a fundamentally sound measurement, I have a tendency to believe that it ignores other forms of gambling that are essentially mini-casinos.

One example of this is West Virginia which has a limited license, 'Slot parlors,' that fall under the purview of the West Virginia Lottery Commission: The Commission currently has over 7,000 licensed machines.

Pursuant to the West Virginia Legislation, public companies with beer licenses may have up to five machines, per location, while Private Clubs, such as fraternal orders, can have up to ten machines. With all of that considered, I'm going to Empirically guess that the average is about 5.5 machines per location and we will round down to 7,000 total machines. Therefore, there are approximately 1273 West Virginia Lottery Video Retailers, which we'll also go ahead and round down to 1250 just to keep things simple. If you add the five casinos to that, then you will arrive at 1,255 gambling locations.

As of 2014, West Virginia's population was estimated to be about 1.85 million, which means that there is roughly 1850000/1255 = One Gambling location in the State for every 1,474 residents, children included. As a result, the number of casinos or other gambling locations in Nevada, compared to the number of residents, isn't even close to that of West Virginia. In fact, while I do plan to look into the matter further, I'll be shocked if any State is more gambling-friendly in terms of the number of locations per x residents than West Virginia. It should also be mentioned that West Virginia has one gambling establishment per approximately every twenty square miles!

If you combine these statistics with the finding from the above Article that West Virginia has the highest lottery sales per capita, then it is very difficult to come to any conclusion other than West Virginia is quite likely the most gambling happy state of the fifty.

Furthermore, the list in the above-linked Article uses some metrics that are, at best, difficult to tie to addiction. For instance, they use the legality of Sports Betting as a metric, but Sports Betting is only legal in two States, Nevada and  New Jersey. With respect to Nevada, the majority of the money gambled on sports (and, indeed, in general) also comes from out of State, so that makes it seem difficult to use that data and point to Nevada as a, 'Gambling-Addicted,' state. One can certainly surmise that there will be more gamblers in Nevada than there will be in States in which gambling is illegal, so it should certainly be in the top half of States if not even the Top 5 or 10, but to call it #1 when there is a category in which only it and one other State scores points is a bit of a stretch.

In other words, Nevada got hit just as hard for having legalized Sports Betting as any State with a Lottery did (Nevada does not have one) in terms of points. As everyone knows, the State Lotteries are generally more far-reaching than Sports Betting, and again, unlike a tourist state such as Nevada, State Lotteries are much more likely to affect the gambling habits of residents of the state in question.

This is demonstrated, of course, on the list in the above-referenced Article that speaks to the highest percentage of adults with gambling disorders, in which Nevada does not appear in the Top Five. Therefore, it is difficult to conclude that Nevada is the most gambling-addicted state, and if the author was trying to advance the argument that Nevada contributes the most to gambling addiction, he did not say so.

What we will do next week, and again, I heartily applaud Mr. Bernardo's efforts, but I think that he made this more complicated than it should be, is we are going to use a few very simple metrics (including some used by Mr. Bernardo) to construct a new list of the most, 'Gambling-Happy,' states. I'm using Gambling-Happy as opposed to Gambling Addicted because, in my opinion, only addiction data can speak to addiction data. In other words, while having legalized forms of gambling may correlate to Gambling Addiction numbers within a State, I do not believe that there is a strict causal link. I'm certainly not suggesting that a state with many forms of legal gambling will experience fewer cases overall, but I am suggesting that the scope of legalized gambling (in States in which it is legal) might have an effect.

What we will attempt to do next week is to determine the following things about each State:

There are also four things that the above-referenced Article took into consideration that I am not, and those are iGaming, Legality of Daily Fantasy Sports, Presence of Illegal Gambling Operations and Legality of Sports Gambling that I do not care about, here's why:

This is difficult to track because there is likely to be little to no accurate State-by-State reporting given that only four States have the Internet Lottery and only three States currently have active legalized and regulated Online Casinos. I believe I would be comparing apples to oranges due to missing reporting information, however, I strongly suspect that States largely spend comparable dollars per person on Online Gambling, it's just difficult to track the Unregulated gambling.

In any State where it is legal it has not been legal that long, furthermore, many States currently have pending Legislation with respect to DFS, or are currently essentially allowing it but have not spoken either way as to the legality of it. In essence, this metric is too new to use in a meaningful way.

Again, only two states have it.

I hope everyone is looking forward to next week's list! It's going to take a lot of research, and since I am on my own, Mr. Bernadino may well outdo me, but I'm going to give it my best shot and openly present the full details of my data and methodology!