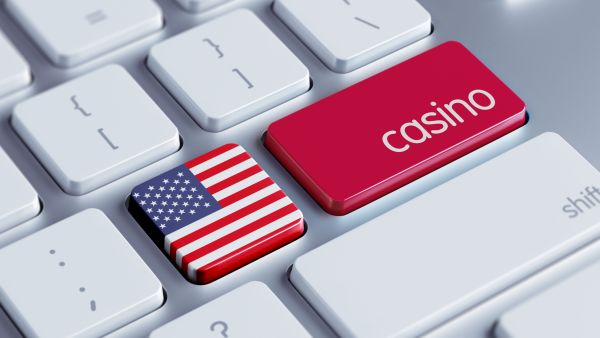 It is true that online gambling can be a pain for many U.S. players, bit it might become less of a pain in the few States (and potentially more to follow) who have already legalized, or may legalize, online gambling. The question for U.S. players is, will this actually be a boon or a bane to U.S. players?

From having to find a casino that will actually accept your credit card for deposit, to providing endless documentation proving your identity, to figuring out a workable withdrawal method, (when you win) it has been (unreasonably) difficult for many gamblers in the United States to play online.

In November of 2002, the Fifth Circuit of the U.S. Court of Appeals essentially ruled, pursuant to the Federal Wire Act, that transmitting information across telecommunications lines for the purposes of sports betting was illegal. While the Fifth Circuit upheld a lower court's determination that the act, itself, did not specifically prohibit other forms of wagering on games of chance, the United States Justice Department has acted as though it does.

For the next few years, gambling online was very much a gray area, (and it still is, in some ways) but in 2006, Congress passed the Unlawful Internet Gambling Enforcement Act which specifically made it illegal for banks (or similar U.S. entities) to make transactions pertaining to online gambling.

Throughout all of these various rulings have arisen the misconception that the act of gambling online, in and of itself, is illegal. Some even contend that U.S. based entities advertising for online gambling sites are committing an illegal act (even though it could be easily argued that such advertising is protected by the First Amendment right to free speech.)

With respect to individual States, there are only a few that outwardly prohibit the act of gambling online in any way whatsoever. Washington, for instance, prohibits online poker play while Louisiana prohibits online gambling as a whole.

To this point, very few states have made any headway in specifically legalizing online gambling, and the first was New Jersey who, in 2010, passed a bill legalizing most forms of online gambling with a notable exception being sports betting. Despite the Fifth Circuit U.S. Court of Appeals ruling, however, New Jersey voted to leave it open to propose online sports betting at a later date. One notable caveat in this Legislation was that the companies had to be in-state, so as a result, it did nothing to change the legality (real or perceived) of gambling with online casinos other than those based in the U.S.

A current list of the casinos (and affiliated websites) authorized to offer online gambling in the State of New Jersey can be found here.

Officially, the New Jersey law went into effect in November of 2013, however, it took a few months for the revenue streams to really get rolling.

For those who do not believe Internet Gambling is a major revenue stream, the limited number of sites licensed by the State of New Jersey to offer online gambling pulled in 21.971M dollars in revenue for the first two months of this year compared to a still impressive 19.768M for last year.

Prior to this legalization and implementation in New Jersey, the only states to outright legalize any form of online gambling were Nevada and Delaware, who legalized poker only, in both cases.

In the State of Delaware, who later expanded beyond poker and now allows other forms of casino gambling, the performance isn't as strong. In Delaware, online gambling is run directly by the State Lottery who has a hand with their racetracks in operating the websites that allow poker, slots and table games. The State of Delaware law is such that the State collects all of the revenue in a year up to the first 3.75 million dollars...and...it does not appear that the State-Run websites are on pace to do that much in revenue. Thus, the casinos are not making any money from their websites whatsoever.

On the one hand, those States who have legalized online gambling have left their players with absolutely no ambiguity as to the legality of what they are doing. Further, some players may feel more secure in the fairness of the games given that they are licensed by their home State rather than some outlying foreign entity of which they may or may not have ever heard.

I mean, where is Gibraltar, anybody?

The combination of these factors and the comparative ease (and timeliness) with which a player can withdraw his or her money, (Harrah's in New Jersey claims to have an average payout time of 48 hours) might make these State-Regulated casinos a more attractive option for the casual gambler.

On the other hand, for those looking to potentially play at an advantage given aggressive marketing and promotions, full regulation of the online gambling industry may be a negative. Furthermore, some State laws (such as New Jersey has) make gambling outside of the New Jersey licensed online casinos expressly illegal. While there are about sixteen sites (amongst six licensed casinos) where New Jersey residents can gamble online, there are obviously uncounted multiples of that around the world.

Given that States with legalized gambling will have licensed casinos only competing for the residents of that State, (at least, those who wish to be playing legally) and since most players would prefer to be playing legally, this greatly reduced competition (compared to the online market, at-large, who is competing for everyone, everywhere) might generate less lucrative and aggressive offers and promotions.

There is a reason that current online operators outside of the U.S. are very aggressive in bonuses and promotions...they have to be. There are simply so many of them that it is necessary for them to make offers to players that may not always be to their mathematical benefit. In contrast, a limited market could create a de facto, "Ceiling," in terms of what players are going to be offered.

In the meantime, Delaware's model is clearly awful as the casinos, themselves, are not actually making any money. Enough said about that.

The best possible scenario for online players would be an all-encompassing act that makes it expressly legal for U.S. players to, God forbid, do what they want to with their own money and gamble online wherever they choose. In such an event, it is difficult to determine whether individual States would have grounds to conflict with such a law and declare online gambling illegal, or alternatively, declare online gambling illegal at any site other than those licensed by the State itself.

At the end of the day, what is going to be best for an online player who seriously wants to make an attempt to win some money is going to be legalization in the United States (because many online casinos will not operate within the U.S., as it stands) combined with both the State and Federal Governments otherwise keeping their noses out of it.

That's probably an unlikely scenario, so what we'll more likely see is individual states legalizing and regulating online gambling, and unfortunately, if those players both can only gamble in State-licensed casinos AND wish to abide by the law, there will be fewer lucrative opportunities out there for them. Admittedly, it is terrific for square gamblers, though.