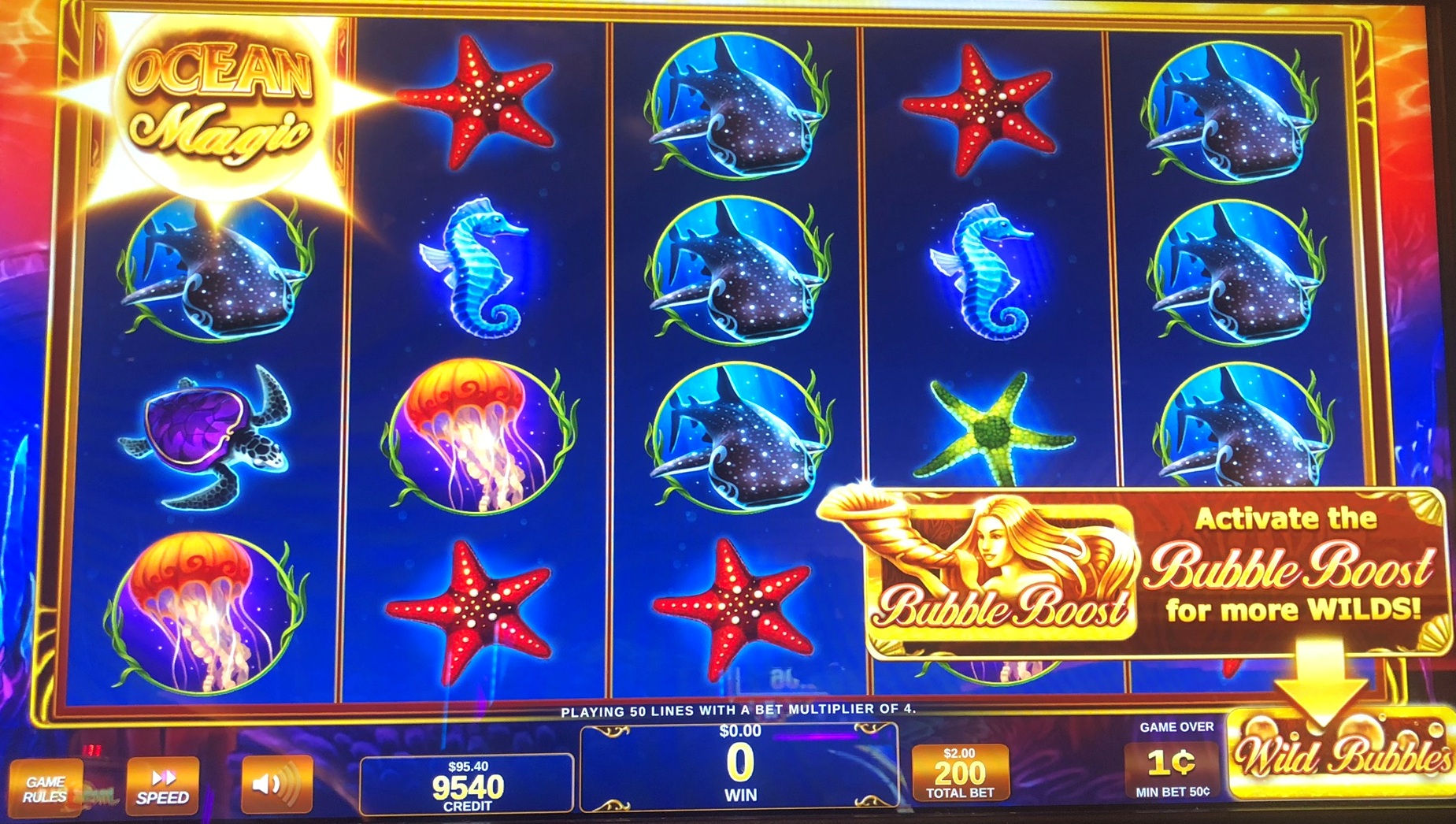 Ocean Magic is what some would call a "variable state" slot machine by maker IGT. It is characterized by wild bubbles that move up one row after each play. If it is only played when the previous player abandons bubbles in good positions, it can result in a player advantage.

Following are the significant rules of Ocean Magic.

As mentioned in the introduction, Ocean Magic is a variable-state game. If the last bet resulted in bubbles on the bottom three rows or below the bottom row, then the game will be in a higher state than with no guaranteed bubbles. With bubbles in the right places, the game can result in a player advantage. The astute player should start playing only in a positive state and quit as soon as the game is in a negative state.

As with most slot machines, Ocean Magic was difficult to analyze because I didn't know the reel stripping, the probability of a bubble floating up from the bottom, the probability of a Bubble Burst and number of bubbles in the burst, and possibly other factors. In lieu of that information, I did the best I could based on observing the game and industry norms. The game was simply too complicated to analyze by direct math, so I wrote a random simulation, for both Wild Bubble and Bubble Burst modes. I set the simulation to a return of 85% to 86%, which is how many casinos nationwide set their video slots, as well as erring on the side of being conservative in showing the value of this game. Following are my results in both modes.

I know that there are wild bubbles in both modes, but the lower right corner of the screen identifies the two modes as Wild Bubble or Bubble Burst, so I will stick with that terminology.

That said, the following table shows when you should play according to where a wild bubble(s) will be on the NEXT SPIN. Play with any bubble in a "yes" space or any two in the "maybe" spaces, except the only maybes are in reel 4 rows 1 and 4. 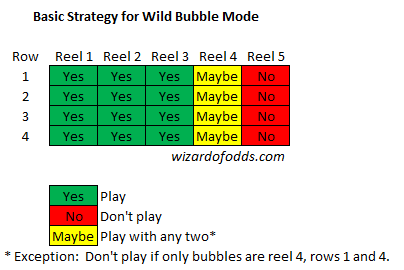 Some on my forum have disagreed with me about playing with a bubble in the upper-left corner or in the middle of reel 4. I think these disagreements are from players who usually play in Bubble Burst mode, where one additional bubble is not as significant. Remember, the line pays are twice as much in Wild Bubble Mode, compared to Bubble Burst, relative to the amount bet. That makes a single bubble roughly twice as valuable.

In Bubble Burst Mode the wins are cut in half (relative to the total amount bet) in exchange for more bubbles. That makes any one bubble less significant, given the same location on the screen. The following table shows when you should play according to where a wild bubble(s) will be on the NEXT SPIN. Play with any bubble in a "yes" space or any two in the "maybe" spaces, except the only maybes are in reel 4 rows 1 and 4. 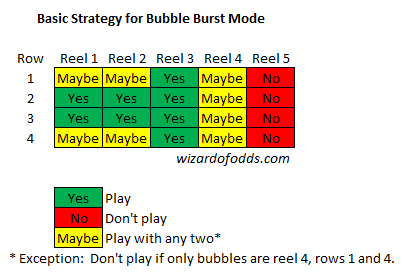