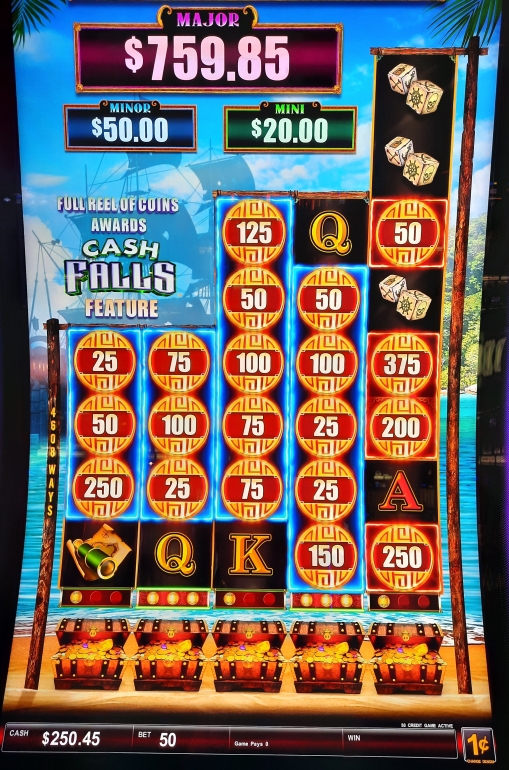 Cash Falls is a slot machine by Firebird Studios, a subsidiary of Scientific Games. The unique feature of this game is the reels have many coin symbols, which stick to the reels a limited number of spins. If the game is left in a state with enough coins on the reels, it may offer a positive expected value.

The following are the significant rules to Cash Falls.

The pay table is below.

If my rules were not clear, please click on the thumbnails below to see the actual rule screens.

The big question is when are there enough coins on the screen for the game to have an expected return over 100%? I analyzed a limited amount of play of this game to study average coin values, the frequency they appeared, how often they were stacked, and so on. After some hand-waving math, my basic strategy is pretty simple:

Play if any reel is one coin away from a cash fall.

That is just a starting point. Here are some possible exceptions:

I want to emphasize that I make no promises about this strategy. However, I didn't want to dodge the big question either. My advice to all advantage machine players is to get a feel of games like this and network with other players and find what works for you.