I first saw Blackjack Burnout at the 2016 Cutting Edge Table Games show in Las Vegas, where I made this interview of the inventor, Angel Espino. In August, 2017, it had its first placement at the Saratoga casino in Blackhawk, Colorado. Since then, it was also picked up by the Golden Gates casino in Blackhawk.

The game plays like regular blackjack except the player gets one opportunity to replace a bad card for the next one in the deck. For this option, the player must add a non-refundable 20% fee at the start of the hand.

In addition, casinos may choose to add a set of side bets called the Bonus Bets. These are basically parlay bets that win if the player wins the required number of hands in a row. They pay as follows according to the number of consecutive hands needed to win:

For purposes of establishing whether a hand won or lost, the net overall win is used in the case of splitting. In the event of any net push, then that hand is ignored as if it never happened for purposes of the Bonus Bets.

Following is the basic strategy if the Burnout Option is still available. If it isn't available, then the player should use conventional blackjack basic strategy.

The strategy for using the Burnout Option depends on the player's hand before the last card, the hand including the last card, and the dealer's up card. The following images were taken from the math report by Charles Mousseau on when to invoke the option.

Against a dealer ace to 4. 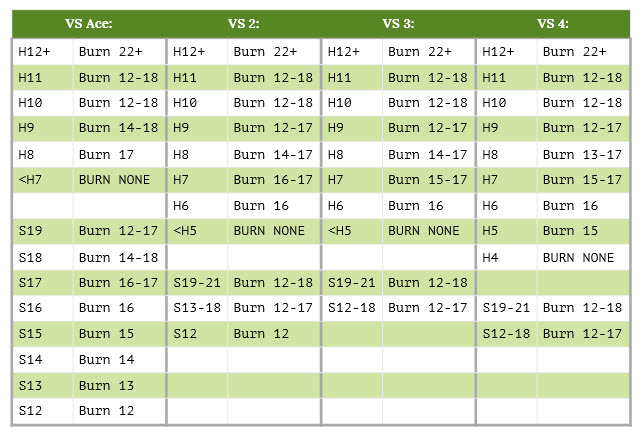 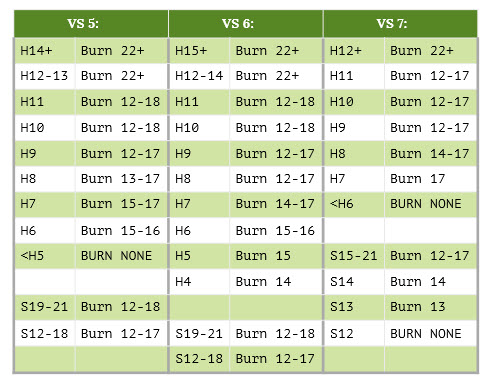 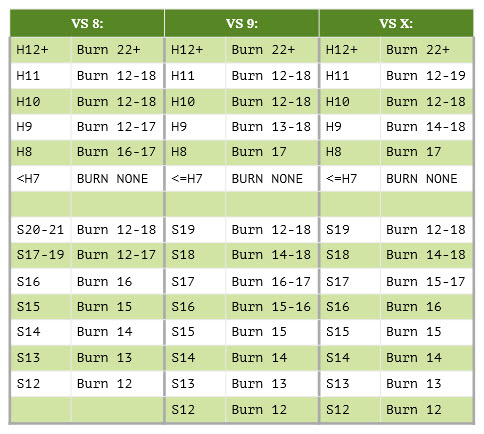 In addition, there are strategy deviations if Bonus Bets are involved.

All things considered, the house edge of Blackjack Burnout is 1.71% of the original wager only or 1.43% relative to the 1.2 units bet.

Following is the combined house edge between the base game and Bonus bets, assuming optimal player strategy to maximize the overall return. 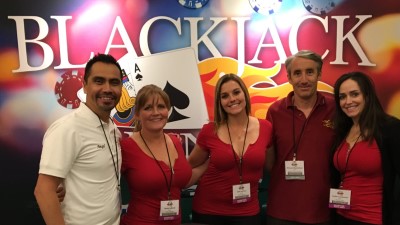 Angel Espino, me, and three of Angel's angels at the 2016 Cutting Edge Table Games Conference.


I would like to thank the game inventor and owner, Angel Espino, for sharing his math reports on the game by Charles Mousseau and answering my many questions about it.