Tweet
Home › games › Blackjack Surrender: What it is and When to do it

Blackjack Surrender: What it is and When to do it 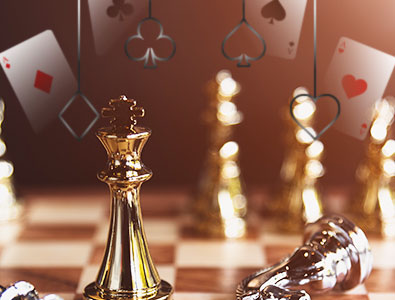 What is surrender in blackjack? This is a strategy in which the player may fold the hand risking only half of the bet rather than the entire amount. There are two options in terms of surrendering your hand. Late Surrender may be done after the dealer checks for blackjack and Early Surrender is possible before the dealer check. This page takes an in-depth look at the choice to surrender in blackjack. It depends on lots of things, whether the dealer takes a hole card, the number of decks, whether the dealer hits or stands on soft 17, and sometimes the composition of the player's hand.

The purpose of this page is to give exact advice to the basic-strategy player on when to surrender. When the tales show a total of 16, this refers to either a 10+6 or 9+7 total. The situation of two eights has a separate row when surrender is appropriate.

Late surrender means that the player may surrender his hand and lose half his bet only after the dealer checks for blackjack. The following basic strategy tables show when to surrender (Y=yes, N=no) depending on the player's total, dealer's up card, and the number of decks. The right two columns represent a dealer ace according to whether the dealer stands (S17) or hits (H17) a soft 17.

The exact card composition of the player's hand can sometimes make it advantageous to deviate from the basic strategy tables above. The following tables show when exactly to surrender given the player's total, dealer's up card, and number of decks. If the dealer has an ace up then the strategy often depends on whether the dealer hits (H17) or stands (S17) on a soft 17.

*: In a double-deck game, when the dealer hits a soft 17, surrender 8+8 vs. A only if double after a split is not allowed.

The composition-dependent eight-deck strategy is the same as the total-dependent strategy. In other words, the composition of the hand never matters, for purposes of surrender.

Early surrender is a seldom found rule in which the player may forfeit his hand and half his bet before the dealer checks for blackjack. The strategy is different from late surrender only when the dealer has a ten or ace showing. Following is a list for when to take early surrender against a dealer 10 or ace, regardless of the rules, except as noted.