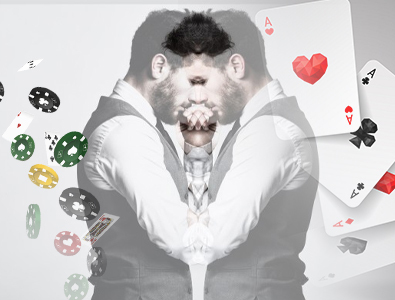 If there’s to name one of the most widely discussed features, then it’s Double up in VP. The fact is that it adds to the game’s variance without shifting its long-term payout percentage. What bothers the community is whether it’s necessary to push the luck, and travel the uncharted waters, or leave things be.

Should players use Double up while playing video poker?

Yes, and no is our answer. That’s because this option comes with an almost equal number of pros and cons. Okay, the proposition is 50/50 if Double up is implemented after a winning hand of poker, and it does increase volatility without modifying the payback.

But there’s more to this than it meets the eyes. Only after observing a broader perspective can one be able to evaluate whether this option makes sense or not.

Let’s check it out!

How Do Things Look from Theoretical Point of View?

The simplest explanation of this feature is as follow:

After a winning hand, a punter is dealt five cards with four facing down, one facing up. The latter is the “house” card. A punter is then challenged to select one of the other four cards.

If it’s higher than the “house card”, a player has doubled up the winnings. If the card is lower than the “house” has got, a player loses the original winnings. Some video poker machines allow doubling up repeatedly following a winning hand while the others only permit players to utilize this feature once.

Those in favor of this option will refer to it as “one of the better bets a player can make in any casino”. One thing is sure, randomness is one of the major highlights. 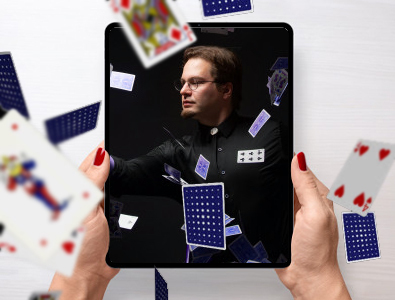 To cut it short…

…RNG will make sure the cards are dealt randomly, without paying attention to which hand you’ve got at the moment of dealing. It could be two pairs, flush, four of a kind, or even a royal flush- the machine doesn’t care at all. The generator does its business- quietly and randomly.

Punters are often troubled by a theory that this feature is adjusted to award winners on lower hands more readily than on higher hands. This is where RNG saves the day. Again.

So, chances are equal for both the player and a casino, both parties are dealt a random card, making it 50/50. That’s why it’s seen as one of the best bets.

Getting Down to Practical Application

Now that you are aware of how this feature work and understand the relevant strategies for a selected game, the next step would be to find the right machine and apply the acquired knowledge.

…for those interested in training the skills a bit, the Wizard of Odds himself designed multiple useful tools. There are several analyzers (for hands and paytables), a strategy calculator along with an app.

So, what are the main points to take into account when making up your mind and choosing a machine to test whether double up works?

Call it a side-effect or a fact, as you wish…

…but when these steps are implemented punters get the impression that they are playing longer for the same amount of funds. Knowing that the house edge is based on the number of sessions played, the edge is reduced significantly, while the payback grows.

Worth stressing out is that…

No one will advocate using it after every winning hand, a huge deal would look approvingly on using it from time to time. You will find players stating Double up works on the middle hands but not on low hands or high hands, but definitions of what hands should and shouldn’t be played vary widely. 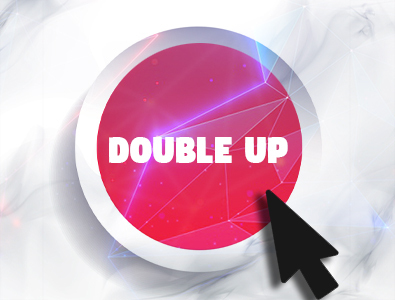 To Double (or Not to Trouble)?

In the end, you will find so many comments both in favor and against this option. But things are far from being black and white here, as there are many factors which have an impact on this.

Getting a valuable knowledge on the game in general…

…is the best starting point, as it will put you in a slightly advantageous position over those who don’t possess it at all. Knowledge. Then, have in mind that the online variant is a much better option than the land-based version, simply because it offers demo mode.

However, do note not all the casinos allow collecting points when implementing this (or some similar) bet. On the other hand, some will allow this, and won’t restrict such betting when one’s meeting playthrough requirements.

What you mustn’t forget is that…

…the winning displayed on the screen are not mere “credits”, they are real money. Knowing that will help a lot when determining whether to call it quits after several successive wins or keep on doubling.

Once you have a thorough understanding of all the strategies and rules, along with bankroll size and house edge, you will get a clear picture is double up an option for you.

One thing is clear, though.

There’s no consensus. Some punters will be in favor of this option, the others will strongly disapprove, and yet the third group will rely on specific circumstances when determining whether to Double up or not.

All in all, it’s your call.