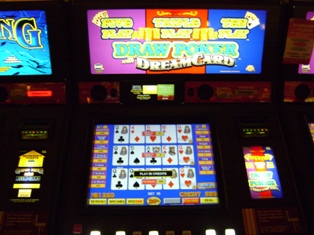 There has been some debate about whether the best card is offered to the player when he gets the Dream Card. In his article A Look at DreamCard — Part II of II , Bob Dancer says, "I've played the game for many hours and I've never seen a case where the DC isn't perfect — or at least tied for being the best. " However, at VideoPoker.com, sometimes the advice is incorrect. As an example, the following is a screenshot from the 9/6 jacks game at videopoker.com. 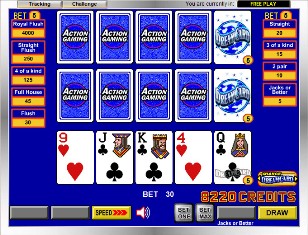 In the game above I was offered the Q♣, giving me three to a royal. It would have been better to pick any jack or king for a high pair. Here is the expected value of the suggested play and a correct play:

The game usually does give correct advice, however. Bob Dancer's article A Look at DreamCard — Part I of II says that when two more or cards are tied, the game will sometimes tease the player with a card that might lead the player to play incorrectly. Take the following two screenshots of VideoPoker.com as examples. In the one on the left, the game correctly gave me a card to complete the straight. However, any six or jack would do. I don't think it was random that it gave me a heart, tempting me to go for the straight flush. In the hand on the right, the game was correct to complete the flush with any spade. However, it gave me the jack of spades, as a temptation to go for the royal. 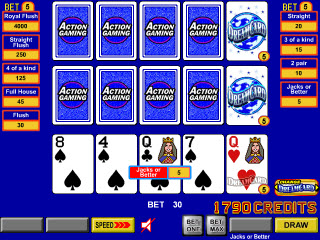 In the game above I was offered the Q♥, giving me a high pair. It would have been much better to pick either the 5♠ or 6♠ for four to a straight flush. 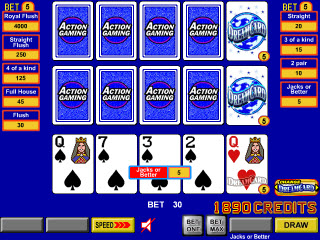 In the game above I was offered the Q♥ again, giving me a high pair. It would have been much better to pick any spade, for a pat flush. 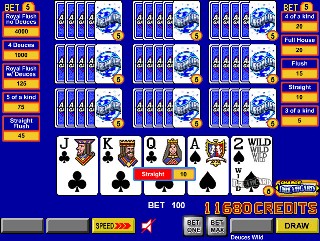 In the game above the card offered was the 2♠ for a pat straight or four to a straight flush draw. The better card would be the ten of clubs, for four to a natural royal. 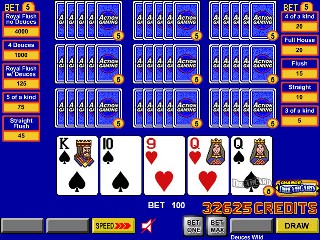 In the game above the card offered was the Q♠ for three to a natural royal flush or high pair. The better card would any two or jack for a pat straight.