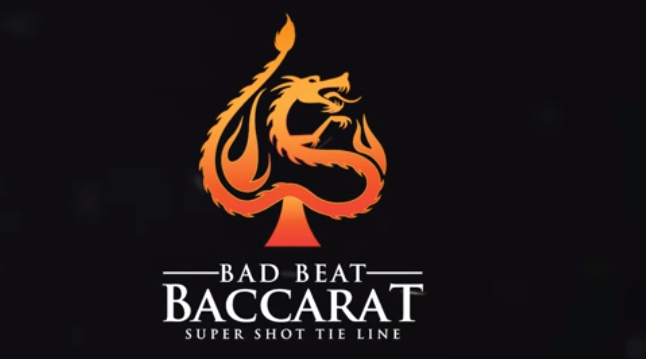 Bad Beat Baccarat is played like conventional baccarat except adds some side bets on bad beats. In this case, a "bad beat" is defined as a margin of victory of one point.

I don't know the title of any of these bets so will have to make up my own until I find out. This one pays on any margin of victory of one. It features five paying levels, as shown in the following return table. The lower right cell shows a house edge of 6.88%.

I should also mention that this game also offers a couple other side bets that have been around for a while. One is the bet that pays on a winning three-card Banker 7. This bet has many names, most noticeably, Dragon 7 and Golden 7. The other is the bet that pays a winning Player total of eight; this also has many names but usually goes by Panda 8. Neither of these bets are referred to as the Dragon 7 or Panda 8 on the table, but they are exactly the same. More information about those side bets can be found in my baccarat appendix 5.

Discussion about Bad Beat Baccarat can be found in my forum at Wizard of Vegas.