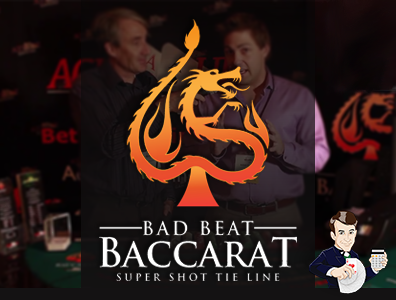 Before we talk about that…

…let me just say that your father, Franklin Daines, was I think my very first client back when I was a freelance mathematician. This is going back to the year 1999, 2000.

[00:00:37] Adam Daines: It was early, I remember that. I was pretty young. We started with a few games back then, one of them being Lucky Lucky.

[00:00:53] Michael: Anyway, now, Franklin has passed on the business in part to his son, Adam. Adam, tell me about your latest creation Bad Beat Baccarat.

[00:01:04] Adam: Well, Bad Beat Baccarat started with a name. We had a great concept, what a bad beat in Baccarat is any lost by one. We wanted to take the same math that made Lucky Lucky great.

A nice house edge where about 5.4% and a hit frequency that's very high for the player. So, 19%, about one in five hands, you're going to see a winner on Bad Beat Baccarat.

…is a three-card nine over eight, that pays 40 to 1. The low hand, being any lost by one and then a progressive pay table in between. From there we wanted to make the game commission or commission-free to free up space on the casino floor.

If you only offer one game

You want to be able to accommodate all players. Simply by changing our sign, we can go from a commission game to a commission-free game. We offer the bank seven, which is a three-card winner on the bank with a total of seven.

That's also the hand that pushes for the commission-free version. We offer the player eight, which is a three-card eight winner on the player. 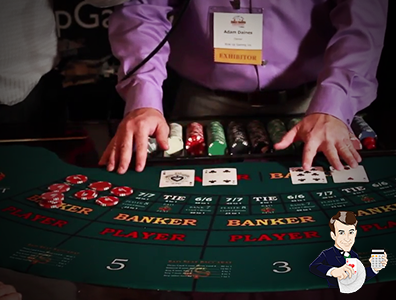 [00:02:21] Michael: All right. Again, this is like regular Baccarat, whether it be commission-free or standard, that Bad Beat Baccarat works on a bad beat, either way.

[00:02:37] Michael: All right, then plus there's some other side bets thrown in there, some we've seen before, some we haven't, some Egalitie side bets which are on specific ties.

Do you mind if I play a few hands?

[00:02:52] Adam: Place your bets. Player shows natural nine. There will be no draw. Bank shows natural eight. We have a bad beat. Banker comes down. The ties, the other prop bets come down but we have a 10 to 1 winner on the bad beat for $50.