The dealer shall play the first available hand on the following list. 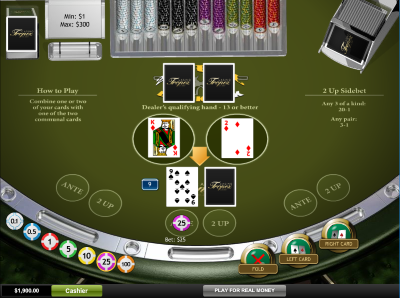 Here the player bet $25 and my first card is a 9. The player's second card can be either a jack or 2, for a total of 19 or 11. The strategy table for a starting 9 shows the better play is to select the 2, so the player did. 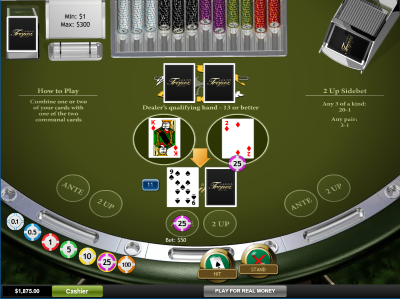 The game moved the $25 bet to the 9 card, to show that is what the player selected. Next comes the hit or stand decision. The obvious play with 11 is to hit. You can also see the player added the required $25 additional bet. 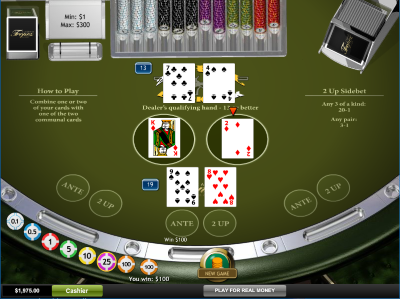 The following table shows the probability and contribution to the return of all possible outcomes, based on the player strategy explained above.

In all fairness, I should say that the help file for the game says, "The theoretical percentage return to player (RTP) is 98.38% on the main game." Until I get a trusted third opinion, you'll have to decide yourself who to believe.

The following table shows my analysis of the 2 Up bet. The lower right cell shows a house edge of 6.53%.

You can play for fun through this link to our sister site Latest Casino Bonuses.