Going for Fours is a video poker variation I noticed at the Treasure Island casino on November 28, 2005. The game plays like regular video poker except if the player has a three of a kind, and made a max bet, he may pay a fee for a second draw. The second draw is from the remaining cards in the deck. I don't know if the game lets the player take a second draw with a three of a kind if the fourth card to the four of a kind was already discarded. The following tables show the possible outcomes for the Jacks or Better and Double Bonus games. 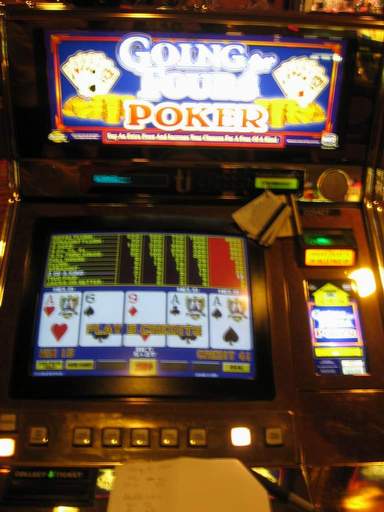 The following pay table is for Jacks or Better. In this game the fee for the second draw is 6 coins, or 1.2 bet units.

Going for Fours - Jacks or Better

Here is what the screen looks like when you get a three of a kind on the first draw. This was when I got three kings in double bonus, for which the fee for the second draw is 12 coins. 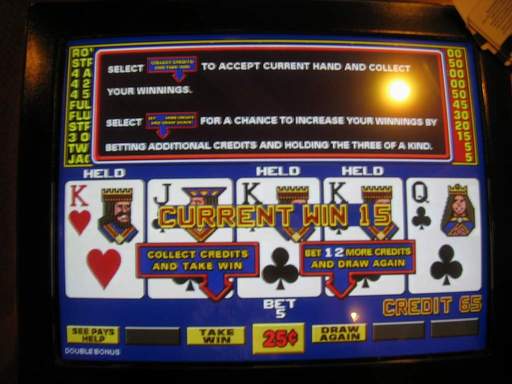 This game was a difficult one to analyze in a reasonable period of time. Even with all my short cuts it still look about 3 days of computer time. The numbers in the combinations row are only to 15 significant digits. I hope in heaven (or wherever I end up) Excel can handle any number of digits.