Fast Fours is a video poker variation I noticed at the Hard Rock in Las Vegas on April 5, 2016. It was on an old machine, so I speculate the game has been around for a while and has somehow escaped my notice previously. The humdinger to the game is much like Quick Quads: if the player has a three of a kind hand such as 8-8-8-5-3, and the two singletons add up to the rank of the three of a kind, then it is scored as a four of a kind. As in Quick Quads, aces count as one point and 2-10 as pip value. Unlike Quick Quads, the face cards also play a role. To be specific, a jack counts as 11 points, a queen as 12, and a king as 13. So, a 2JKKK would count as four kings. Another difference is that in Fast Fours the player does not need to bet a sixth coin to invoke the feature. It is paid for by depressing the pay table. 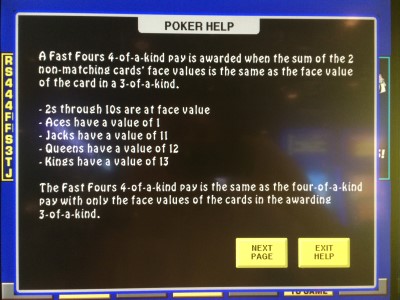 Following are the three pay tables seen at the Hard Rock. 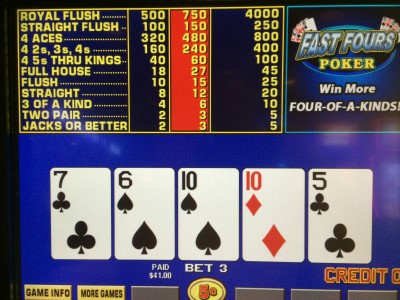 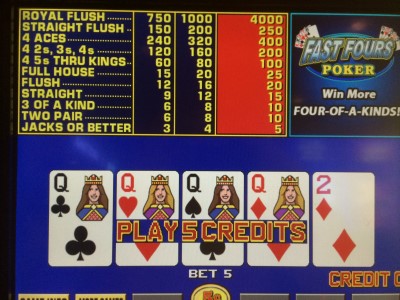 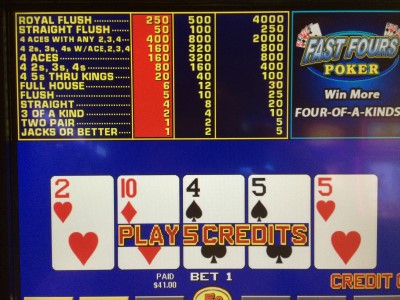