This page is about the encrypted version of roulette, often played at casinos that are based in cryptocurrency. I assume the reader is already familiar with the basic rules of conventional roulette.

In the case of the game at Crypto.Games, roulette is played on a single-zero wheel, as is usually the case with online casinos. The house edge is 1/37 = 2.70% on every bet.

The following explanation of how cryptography is used assumes the reader has some familiarity with the terminology and concept. For the basics, please see my page on Dice (encrypted version). Here is how the roulette game at Crypto.Games produces a random number from 0 to 37, which is used as the outcome of the game. 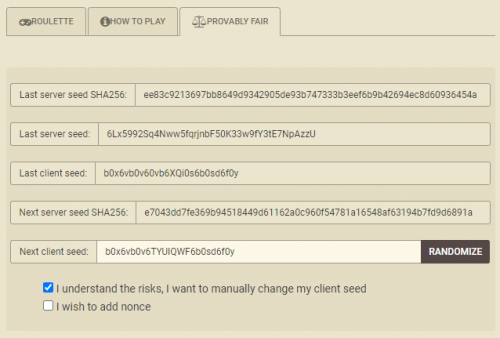 First, I go to the Fair Gaming screen above. Then enter any Client Seed you wish, a random jumble of characters will do. Then, you should copy and paste two things to another source:

It is up to you if you want to add a Nonce, which are extra automated characters added to the end of the Client Seed. I believe if the casino had the intention to cheat, adding a Nonce wouldn't offer any protection.

In our example, this is the evidence you should preserve. 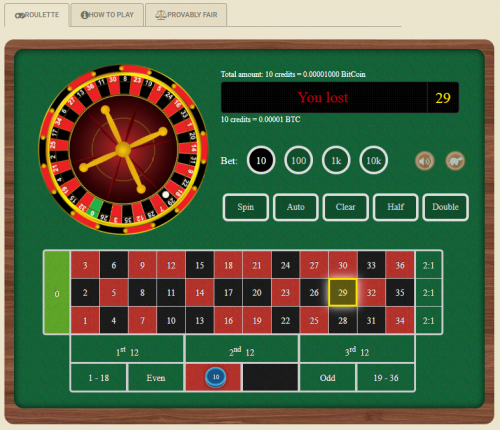 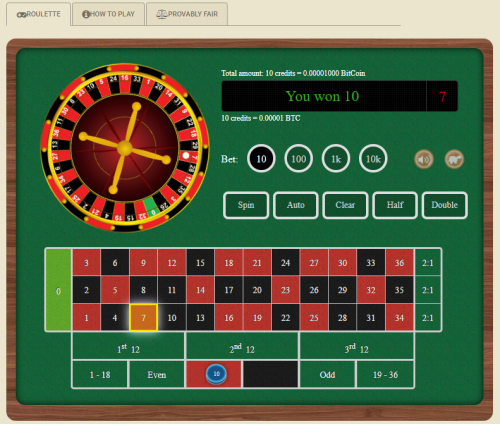 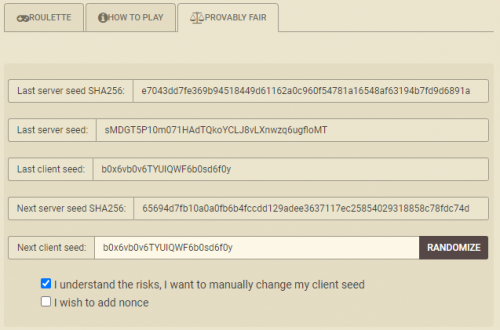 Next, I go through the following steps, to verify the outcome. In real life, I would only fuss with this on a losing outcome. If the casino wished to cheat, I probably would have lost.

If all that sounds like a lot of hoops to jump through, I conveniently wrote a program to do it for you. To use it, following these steps:

I also have a copy of the code you may see by clicking the button below.