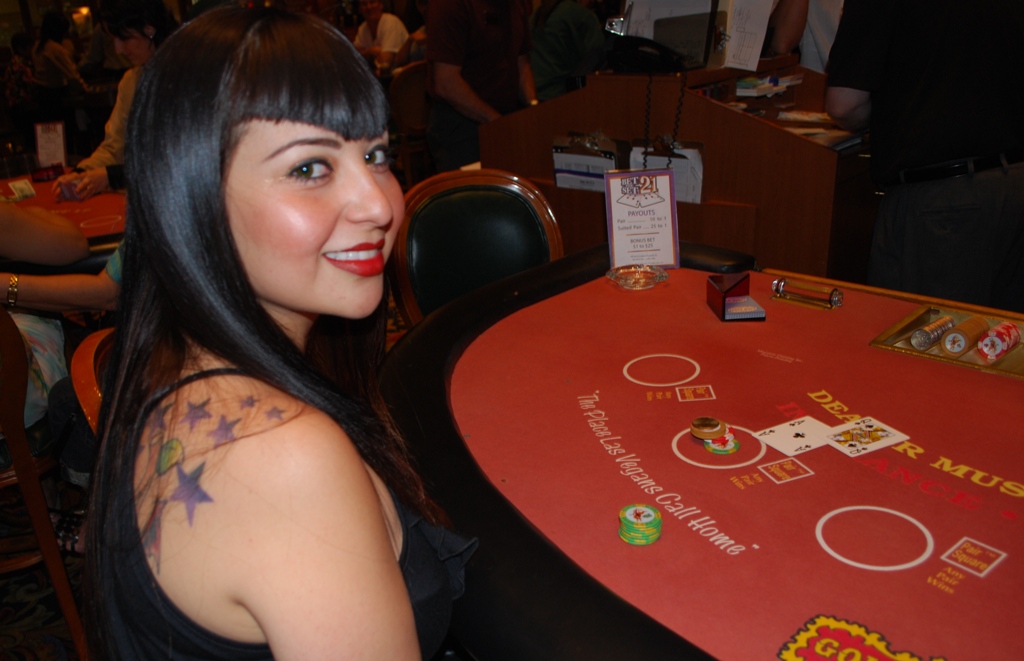 Just like in Caribbean Stud, the player puts the $1 for the Progressive side bet in a slot. Before dealing a new hand, the dealer presses a button, the dollars vanish, and a light designates who made the bet. The following table shows what each winning hand pays, the probability (based on the dealer peeking for blackjack), and the contribution to the return.

The following table shows the return based on a meter of $35,537.36, the amount the last time I observed it.

It is unclear to me what events cause the meter to go up and down. Sometimes the meter goes up by 28 cents for each $1 bet made. According to the Mikohn's web site, the house edge is 22%. If this is the case, then the meter contribution rate is 24.60%. Mikohn also mentions that part of each dollar goes to a higher reseed of the next jackpot. So 24.60% would be divided between the current meter and the next one. Based on this contribution rate, the average jackpot when won would be $121,225.86.

Here is another version that has been seen at Internet casinos using Cryptologic software. The game uses eight decks of cards.