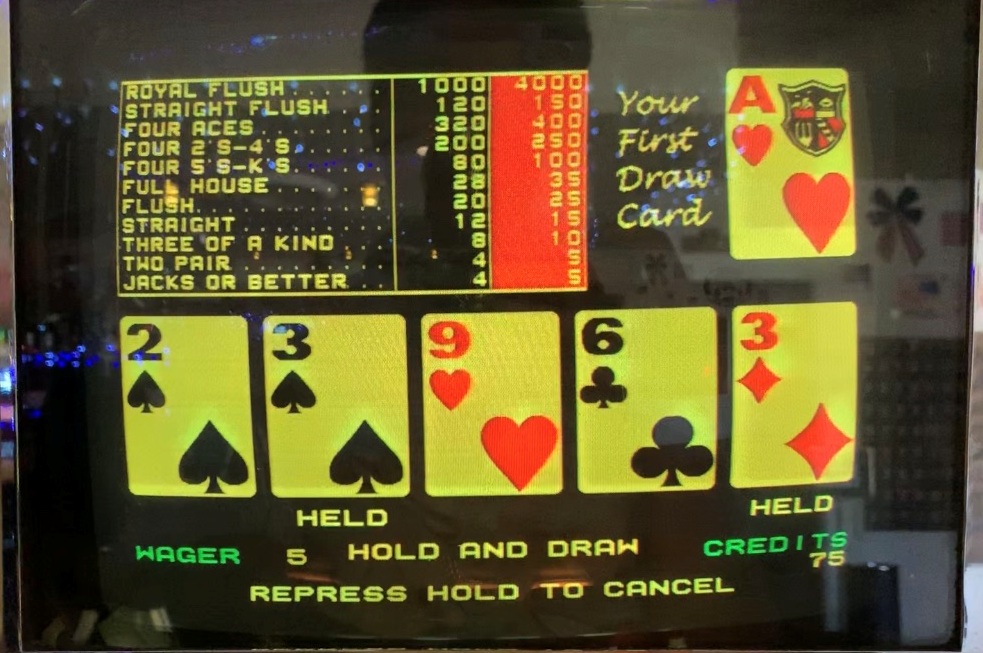 Sneak Peek is a video poker variant by Sigma Gaming. It has a copyright date of 1998. The twist to Sneak Peek is the player can see the first card to be dealt on the draw. To pay for this, the game depresses the pay table.

The following pay table is per coin bet, based on a maximum bet of five coins. 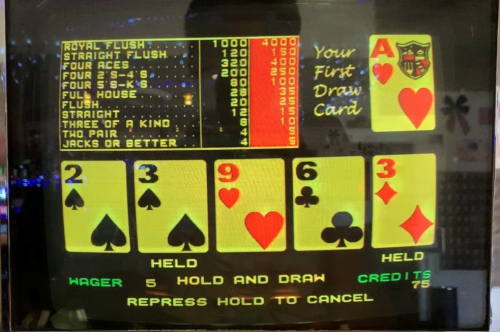 In the image above, the player is dealt a pair of threes and the peek card is the ace of hearts. The peek card doesn't change the strategy in this situation, with the player discarding the three singletons. 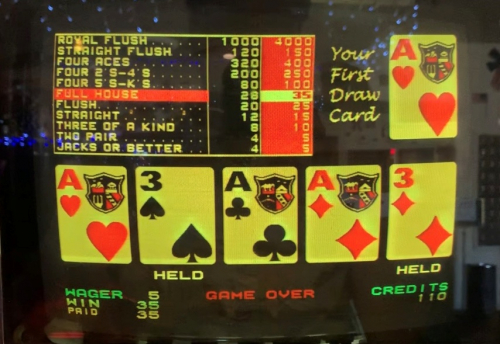 On the draw, the player gets the ace of hearts in the left position as well as two more aces, for a full house.

The following table shows an analysis of the pay table seen at the Cal-Nev-Ari Casino & Bar. The lower right cell shows a return of 99.24%.

Sneak Peak Poker — Discussion in my forum at Wizard of Vegas.