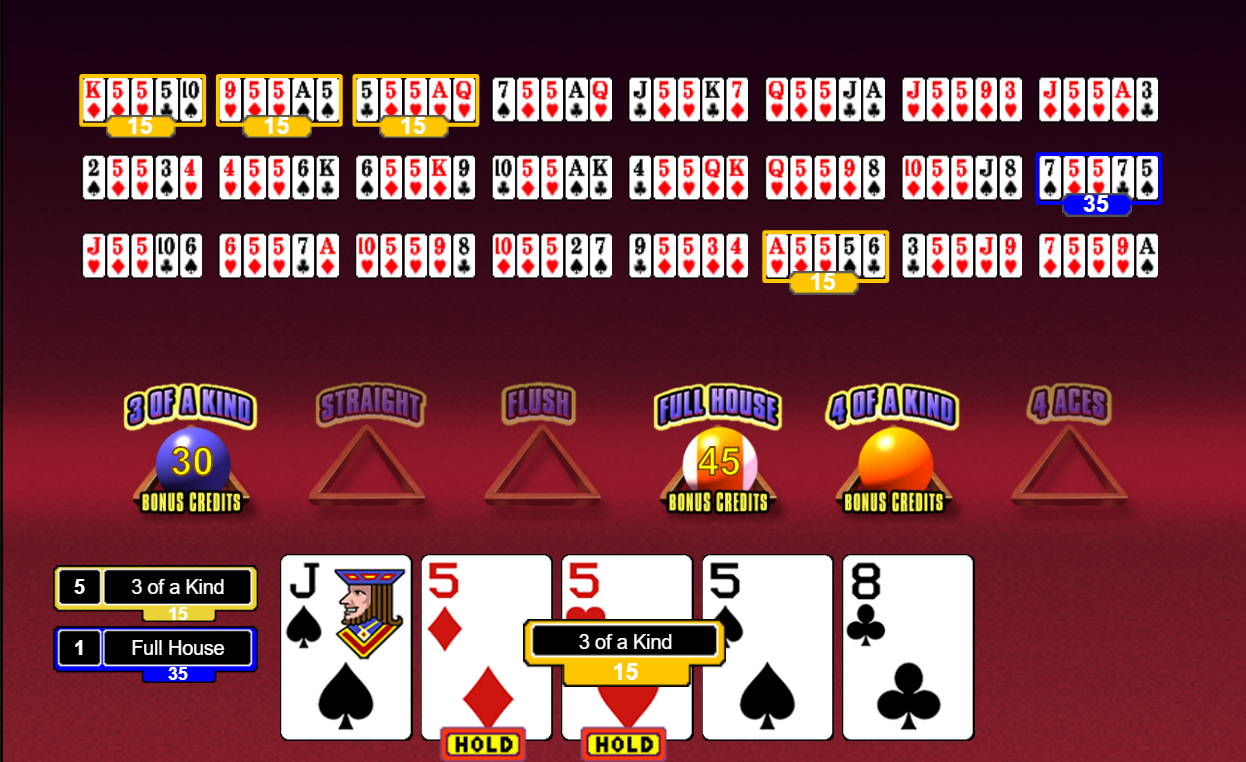 Rack 'Em Up Poker is a video poker variant by Action Gaming.  It is an optional feature added to 25-, 50-, and 100-play video poker machines. If the player bets an extra two credits per play, he invokes the bonus feature.  The bonus feature pays the player an extra award according to how many total times he improves to certain hands. For example, in 25-play 8-5 Bonus Poker, if the player improves to a three of a kind on at least 15 hands, then he will win a bonus of 4,000 credits.

In this example, I was playing 100-play 9-5 Jacks or Better and held two deuces. Here is what I had after the draw: 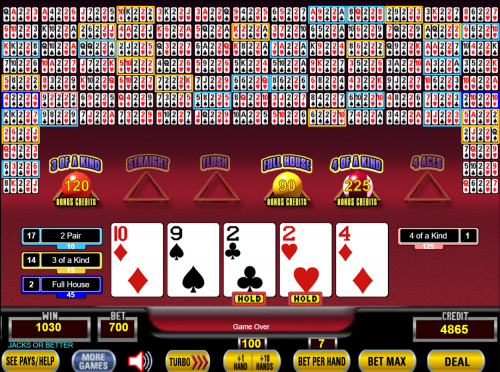 An analysis of this game would have been rather tedious. Fortunately, VideoPoker.com indicates the games, pay tables, and returns for Rack 'Em Poker. You can find the list if you click "Customize Games/Plays." They don't list separately returns by number of plays. Based on the analysis of a trusted video poker programmer, I believe these returns apply to the 25-play game only. I will post after the table his 50-play and 100-play results for two games.

As mentioned before the table, I believe the returns lists are for the 25-play game only. Based on the trusted analysis of a friend I'll refer to as GK for now, here are return by number of plays for a couple games.

I wanted to do some analysis for this game, so calculated the expected bonus value for some common draws in 25-play 8-5 Bonus Poker. Here they are:

Optimal strategy would involve not just conventional video poker strategy, but also the expected bonus value for all 32 possible plays for any given draw. I leave that as an exercise for the reader.

I would like to thank VideoPoker.com for their complimentary Gold membership and letting me use screenshots from their game on this site.