Powerhouse Poker is a video poker variant by Action Gaming. The twist to conventional video poker is that if the player doubles his bet, then he will enable a feature that awards bonus hands, often with multipliers, if the player get a paying hand on the deal. 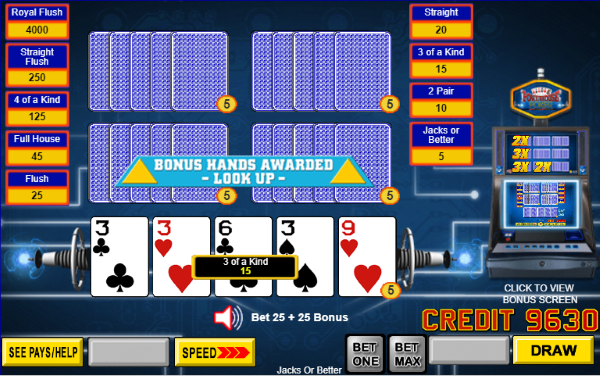 In the image above I was playing 5-play Jacks or Better and got a three of a kind on the deal. The game invites me to look up to see my bonus hands. 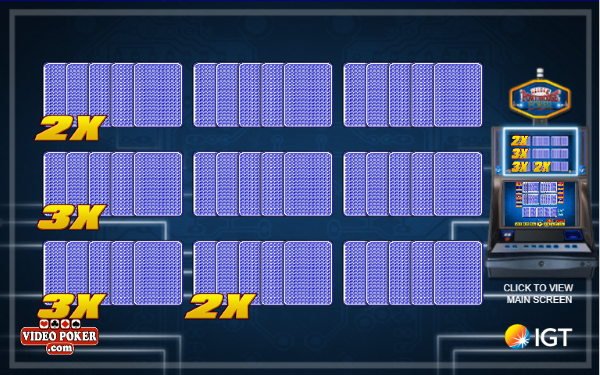 Above are my bonus hands. This game awards 3 multipliers for every play in the base game. Since I'm playing 5-play I get 3×5 = 15 multipliers. They are awarded among the nine hands you see in the bonus hand screen above. If you count the multipliers, counting plain hands as 1x, you will see the sum is 15. 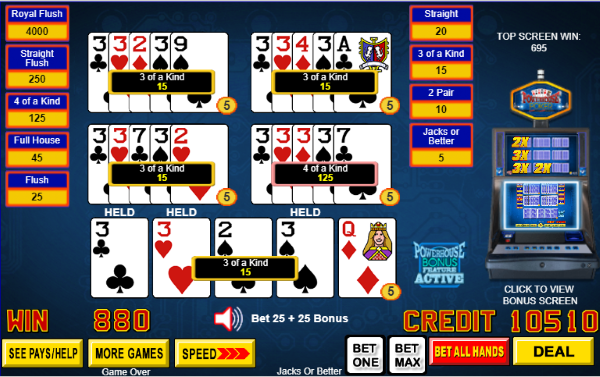 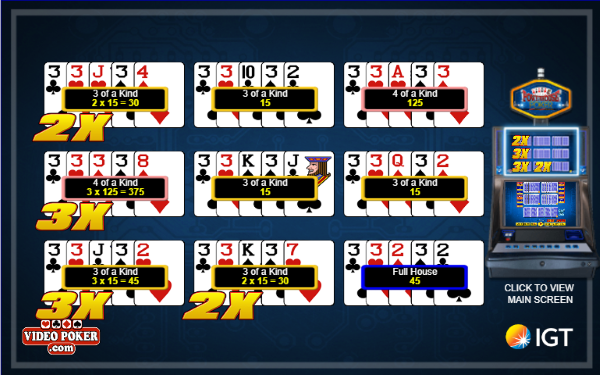 The following tables show the key details for every game and pay table for Powerhouse Poker. Following is a description of each column:

The following pay table summaries the return for all games and pay tables. The columns for hand values represent the number of multipliers the player will win for getting that hand on the deal. The returns are the same for 3-, 5-, and 10-play.

The strategy is exactly the same as for the base game and pay table in conventional video poker.

Which Game Am I Playing?