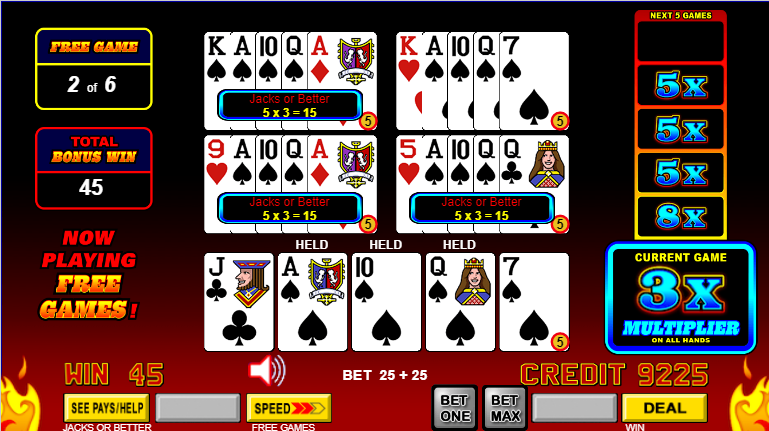 I first noticed Fire Poker at the Palms in early August, 2019. It is a video poker variant that randomly awards free games with random multipliers.

Since the bonus is triggered randomly at the deal, there are no strategy deviations. Play according to the appropriate strategy for conventional video poker for the given game and pay table.

I do not know the probability of each number of free games or multipliers, so I can't analyze the return myself. However, VideoPoker.com kindly discloses the returns of all available games and pay tables by clicking "customize game/pays." Here is a full list I put together:

As you can see, sometimes there are two returns for the same game and pay table. For example, 6-5 Bonus Poker. If you're playing that game there is no way to tell the return between those two settings, other than playing millions of games or asking a slot technician. The difference must be in the average multiplier and/or number of free games.