Deal or No Deal Poker 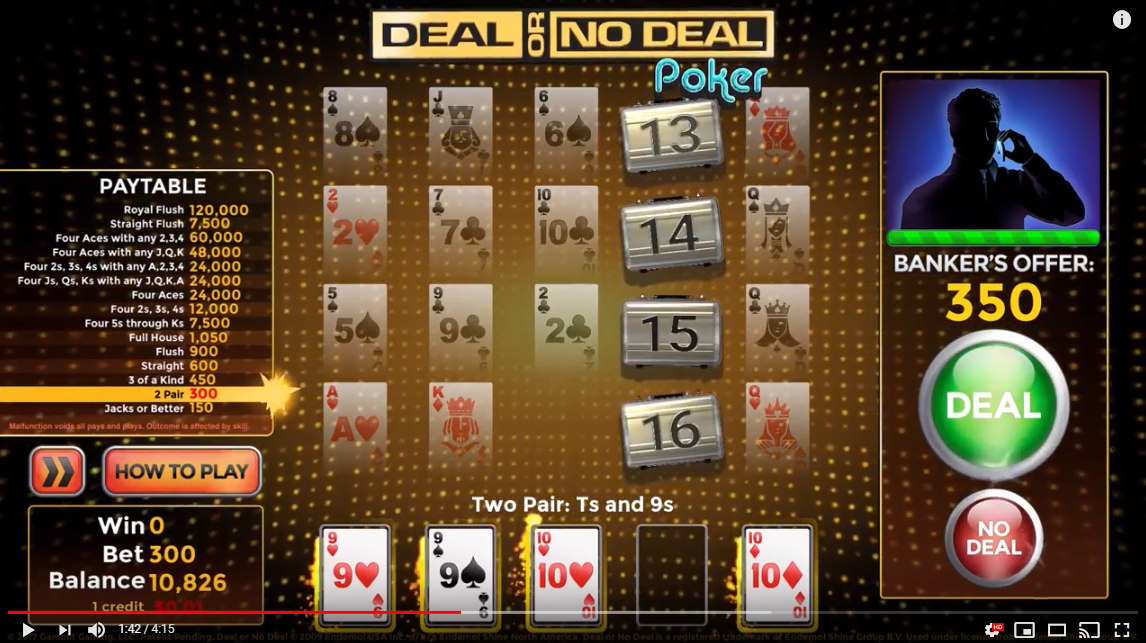 I first saw Deal or No Deal video poker on October 3, 2018, at the Red Rock in Las Vegas. The game is based on Super Double Double Bonus video poker, but with two twists. The first twist is a multiplier on the next hand for any win of two pair or greater on the draw. The second is a "Banker Offer" to trade whatever you might win, as the cards on the draw are revealed in situations with at least a high pair.

The following table shows what each hand pays on the draw by the amount bet. Note there is no incentive to bet max coins.

Footnotes:
* While the game at the Red Rock went up to 300 credits per met, Gamblink, the game maker, tells me there is a configurable setting, allowing for a wider range of bets.

The following table shows the weighting for each multiplier under the most liberal setting for the game.

The table above shows the probability of getting a two pair or better is 0.242657.

The next table shows the probability and contribution to the average for the multiplier, under the most liberal setting. The lower right cell shows an average multiplier of 4.168234.

Using my Video Poker Strategy Maker, I present this strategy for Deal or No Deal Video Poker.