Home › games › No Risk Double Up

No Risk Double Up

I first played No Risk Double Up on the day it premiered, Feb. 1, 2013, at the Red Rock. It is one of various games available on the WMS My Poker machines. The thrust of the game is that sometimes on a winning hand the player plays a bonus game in which the player may double his win up to four times, or to a multiplier of 24=16. There is "no risk," because the worst that can happen in the bonus is the player gets paid the base amount for his hand. However, the player pays for the bonus feature via a non-refundable fee equal to his video poker wager.

Here is an example, in pictures, of the bonus game. 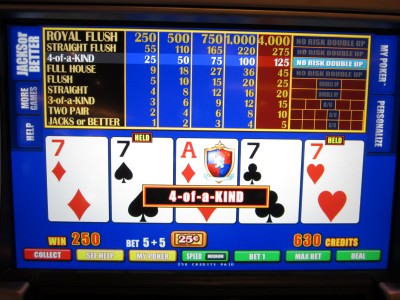 Then I was given five cards and challenged to pick one of the four aces. 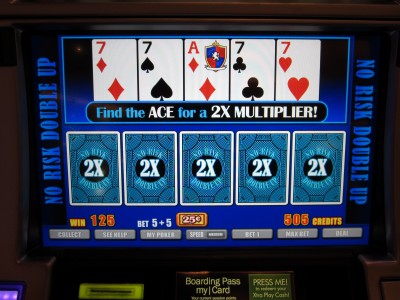 It isn't clear which card I chose from the picture, but I did pick one of the aces. 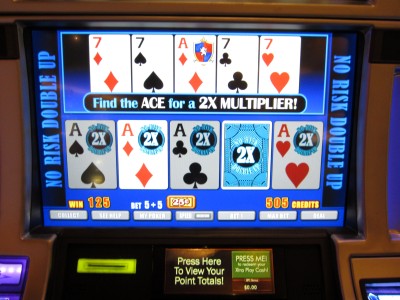 Next, I was asked to picked one of three aces in the next set of five cards. 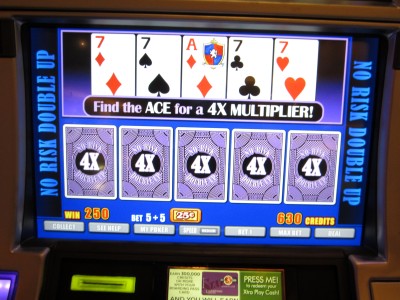 I must have picked one of the jokers, which ended the bonus, giving me a multiplier of 2x. 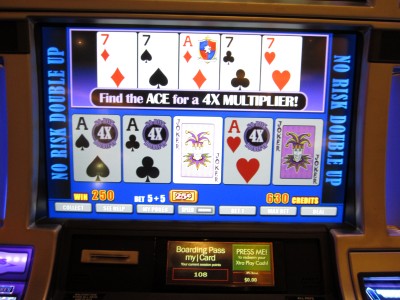 The next table shows the Double Up feature probability for some of the above games, assuming optimal strategy.

Finally, for those for whom an average return per hand won't do, here is the 55-9-5 Jacks or Better table broken down by hand and multiplier. This table allows us to see that the standard deviation is 12.09.

This game was pretty easy to analyze. Here is how I did it.

If you encounter a pay table not on this page for this game you can use this method to find the return yourself. This method of calculating the adjusted win can also be used to create strategies for any game using my video poker strategy calculator. 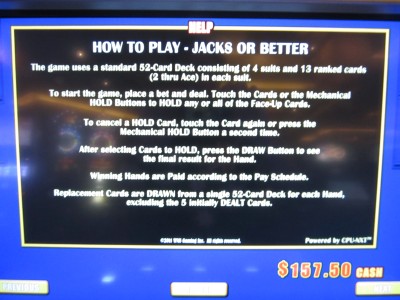 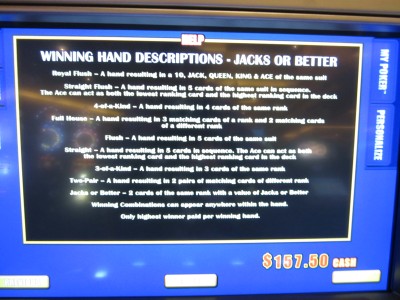 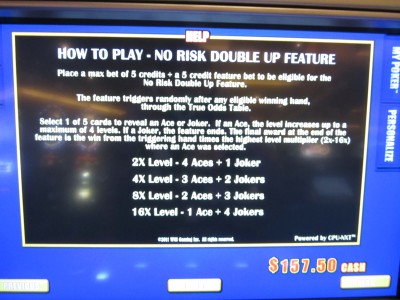 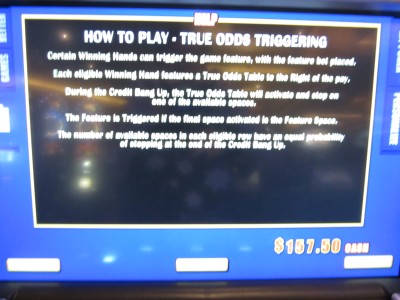 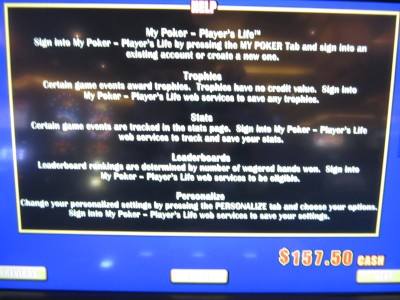 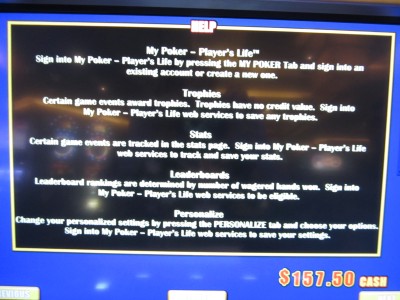