Super Peek and Play is an optional feature added to some multi-play video poker games. For a fee of three credits per play, the player may enable the peek feature, allowing the player to peek at the next card in the deck, before the draw.

This is a common situation in Super Peek and Play. I was dealt a low pair, which I would have kept only in conventional video poker. However, I could see the next card in the deck was the king of spades, which paired up with the king of diamonds I otherwise would have tossed. So, I chose to hold both kings, guaranteeing at least a two pair on the draw. 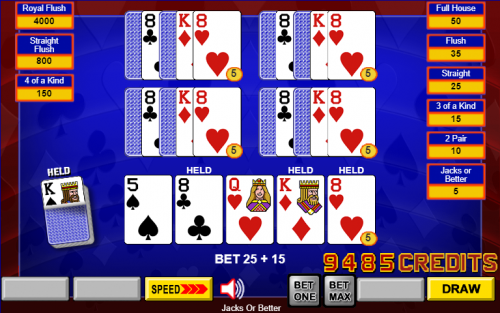 On the draw, one of my hands improved to a full house. 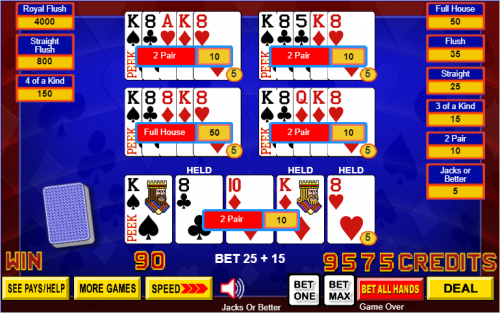 VideoPoker.com, where Super Peek and Play may be played, kindly discloses the games, pay tables, and returns available. As always, returns are based on optimal player strategy.

VideoPoker.com, for the complimentary membership and use of the screenshots in the example.