Poppin' Multipliers is a video poker variant with multipliers randomly given after both the deal and draw. The price for the feature is the player must bet 8 credits per play, instead of 5. The additional three credits is a non-refundable fee to invoke the feature. 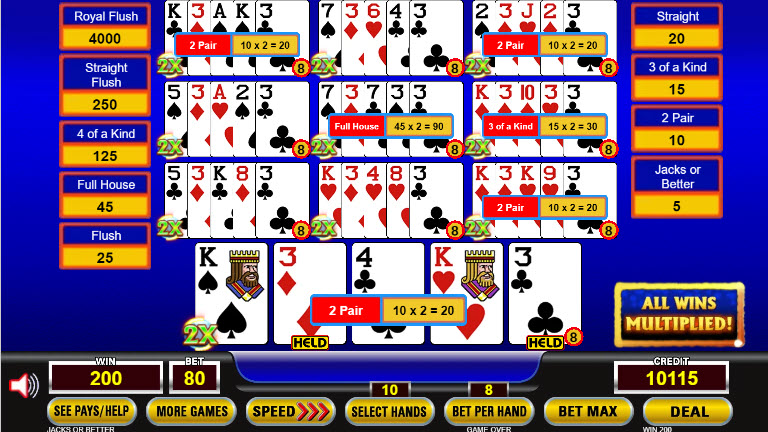 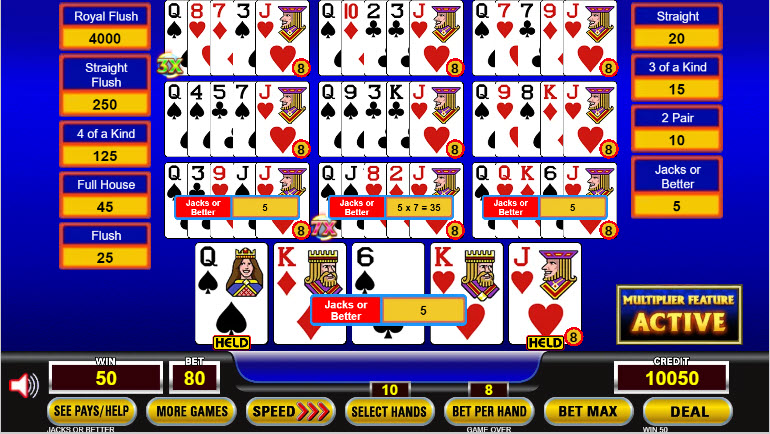 In the image above, I earned two multipliers after the draw.  One was a 3x in the upper-left play, which was a losing hand, so it didn't help.  The other was a 7x multiplier in the third row from the top, middle column.  This hand was a jacks or better, which normally pays 5.  I also had three more jacks or better hands, which did not win a multiplier.  Thus, my total win was 7*5 + 3*5 = 35 + 15 = 50 credits.

The following table shows many common games and pay tables used by Action Gaming, the makers of Poppin' Multipliers, and returns both with and without the feature.