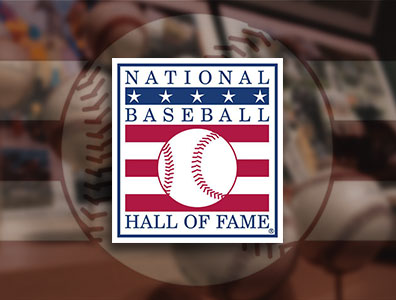 There is no better time than now to take a look at all six of these amazing athletes and their careers that have had such a significant impact on the great American past time of Major League Baseball.

This starting pitcher from Montoursville, Pennsylvania made his mark in Major League Baseball with two teams throughout his professional baseball career. Mussina was with the Baltimore Orioles from 1991 – 2000, and then he pitched for the New York Yankees from 2001 – 2008. He chose not to have a logo on his Hall of Fame plaque as he couldn’t decide between the two ball clubs that he spent close to equal time with.

“I was never fortunate enough to win a Cy Young Award or to be a World Series champion,” Mussina stated. “I didn’t win 300 games or strike out 3,000 batters. And while my opportunities for those achievements are in the past, today I get to become a member of the National Baseball Hall of Fame. Maybe I was saving up from all of those ‘almost’ achievements for one last push, and this time I made it.”

He earned the Cy Young Award twice (2003, 2010) and led the majors in wins twice as well in those Cy Young seasons of his. Halladay pitched a perfect game and was the only the second big leaguer to throw a no hitter in the postseason.

Tragically, he died in a private plane crash in the Gulf of Mexico off the coast of Florida on November 7, 2017. His wife, Brandy Halladay, gave his speech for him, and these are some of the things she had to say.

“This is not my speech to give,” Brandy explained. “I’m going to do the best I can to say the things I believe Roy might have said or would have wanted to say if he was here today.”

“I can’t tell you how many hugs I’ve gotten,” she mentioned. “To all your families who have extended so much love and friendship to myself and to my children, I’m so grateful. Thank you.”

“We are all imperfect and flawed in one way or another,” she goes on to say. “We all struggle. But with hard work, humility and dedication, imperfect people can still have perfect moments. Roy was blessed in his life and in his career to have some perfect moments. But I believe they were only possible because of the man he strived to be, the teammate he was and the people he was so blessed to be on the field with.”

Baines was an outstanding hitter during his playing days. He played right field or was in the lineup as the designated hitter as he played exclusively in the American League for a handful of different organizations over his 21-year MLB career. Baines Played for the Chicago White Sox, the Texas Rangers, the Oakland A’s, the Baltimore Orioles, and the Cleveland Indians. Some teams he played with for multiple stints.

“When you ask me why I never have been outspoken or said very much, think of my dad and the lesson he passed down to me many years ago, often as we were playing catch in the yard,” Baines stated. “As he taught me, words are easy. Deeds are hard. Words can be empty. Deeds speak louder, and sometimes they echo forever.”

“I’m not an emotional man,” said Baines, “except when it comes to family.”

“I am so fortunate to have two homes, Puerto Rico and Seattle,” says Martinez. “Seattle fans, thank you for always being there for me. Since 1997, you gave me your unconditional support, and it was even more prevalent over the last 10 years. The support you gave me over social media helped me get here today.”

“If you think Cooperstown is small,” Smith goes on to say, “you’ve never been to Castor.”

“It was community that gave me the chance to play baseball,” he explained about Chicago.

“From the fire department across the street to the grounds crew on the field,” he added, “to me, it really was ‘The Friendly Confines.’”

“Loyalty to the team and my teammates… And dependability as a teammate and as a pitcher.”

“I don’t understand why I always have to be the last,” Rivera said jokingly. “[But] I guess being the last one was special.”

“Man, I’m sorry about that,” he says about missing his son’s birthdays. “I’m sorry. I was on a mission. We celebrate later on.”

“It’s a of privilege and an honor to just be a part one organization,” Rivera explained. “I did it with dignity, honor and pride. I tried to carry the pinstripes the best I could. I think I did all right with that.”