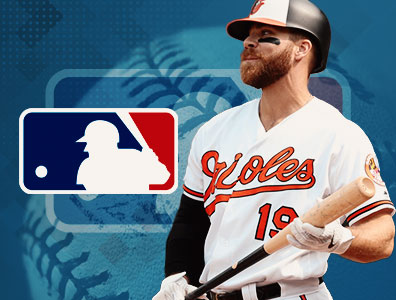 As of Thursday April 11th, 2019, the Baltimore Orioles first baseman, Chris Davis, has gone 0 – 53 spanning back to the middle of September 2018. This is the new Major League Baseball record for consecutive hitless at bats by a position player. Eugenio Velez previously held this mark by going 0 – 46 starting in 2010 while playing for the San Francisco Giants and ending in 2011 when he was with the Los Angeles Dodgers.

This streak is somewhat strange as Chris Davis was one of the most feared hitters several years back. He led the MLB in home runs in both 2013 with 53 bombs that left the park and in 2015 with 47 dingers. Davis was the American League leader in runs batted in (RBIs) in 2013, and he was named to the All Star team that season as well. In fact, he fell just short of winning the AL MVP in 2013 when he finished third behind Miguel Cabrera and Mike Trout who are two of the best big league hitters of all time.

On January 21st, 2016 Chris Davis signed a 7 year $161 million contract which is the largest deal in Baltimore Orioles history. He is now halfway through that record breaking contract, and he has nowhere near lived up to it as he has suffered some very rough seasons since then.

Chris Davis consistently strikes out at a very high rate. He seems to be playing progressively worse as time goes on with his offensive batting numbers continuously keep dropping season after season. Now he is struggling to even just get a single hit to break this current streak that is a record no professional baseball player would ever want to be known for.

Chris Davis’ Reaction to his Slump at the Plate

After constantly being booed and receiving a standing ovation after being taken out of the game Chris Davis had this to say, "It's not something I was really expecting. It was tough," Davis said after the game. "At the same time, I heard it a lot last year, and rightfully so. I've said it before, I'll say it again -- I understand the frustration. Nobody's more frustrated than I am." 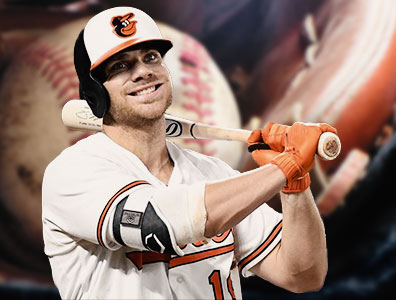 Although Davis is struggling at a historic pace the Baltimore fans are still supporting him, and Chris is grateful for that. This is how he expressed his appreciation for the Orioles fans having his back:

"It was a little unexpected, after Opening Day and most of the season last year, but it was awesome," Davis says. "I hear the people every night, cheering for me, encouraging me, the guys and gals that sit down closer to the field, the ones that are more consistent in attendance. I hear the encouraging people trying to pick me up, and I've always been very appreciative of it. Unfortunately, I feel like a few people who decide to boo, or say whatever they may say, are ruining it for a lot of people. I've been here long enough, I've played for the Orioles long enough to know what kind of fan base we have, and to know that they support their players through good and bad. And that thought has kept me in a good state of mind throughout this whole thing."

"It takes away from so many positive things that we're doing," says Davis, who didn't speak after Monday's record-setter, a 12-4 rout over the A's in which he was the only Orioles starter who failed to reach base. "We won the game and I went 0-for-5, and I knew that the media was going to want to talk about it. For me, that was just such an unprofessional thing to do, to sit there and talk about my own personal circumstances when we had so many things to be excited and encouraged about as a ballclub. I want these guys to enjoy playing in the big leagues. I want them to enjoy playing for the Orioles, playing for the city of Baltimore. I want them to understand that it's a privilege to be able to put on this uniform night in and night out. I want them to do as much as they can to have the best outcome possible, and I don't think it's fair for me to bring all the baggage that I have with me right now and dump it on those guys."

"I don't want to take a sabbatical again," says Davis, who ended up pinch hitting in the ninth inning of Wednesday's 10-3 loss and flied out to the warning track in center field. "I don't want to leave and not play for a week or two weeks. And [Hyde] understands that part. But at the same time, he wants me to continue to work and he wants to give me an opportunity to be successful. I think that's encouraging, to say the least, to hear from your manager."

"If I'm struggling to the point where I feel like it's going to be a repeat of last year, I'm absolutely open to anything," says the former All-Star who hit .168 last season, setting a record for the lowest average ever by a qualified hitter. "I want to be successful. I know I have four more years here. I want to make the most of 'em."

Root of the Problem

I believe that this issue that Chris Davis is dealing with is more mental than physical. With the media and all the attention that this record is receiving it has increased the pressure on Davis to relax and do what he has done his whole life, hit a baseball. In my opinion he should ignore all the talk and try to forget about it, just play loose baseball, and not worry about what everyone else has to say about him.