Busted Up in the Bronx: 2019 New York Yankees Continue to Suffer Injuries to Big Name Players 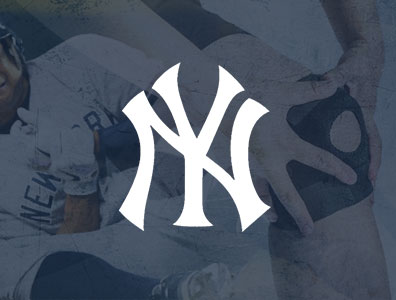 The New York Yankees began the 2019 major league baseball season with aspirations to win the World Series, and why should they not as they have an outstanding roster of highly talented players. The only problem is from the very beginning of the season the Yankees have been little by little losing players to injury.

Not only has New York been plagued by injuries, but they have lost the majority of all their best and big name athletes due to a variety of baseball war wounds. Currently they have 13 players on the injured reserve list (IR). Let’s take a look at the detailed catalogue of Yankees that are out of commission right now.

The New York Yankees third baseman, Miguel Andujar, has a partially torn right labrum that he endured on March 31st, 2019 while diving head first into third base against the Baltimore Orioles. Andujar is trying to avoid surgery and return to the line up in early May. If he does need to undergo the surgical procedure he will be out for the remainder of the season and return by spring training next year.

During spring training it was obvious that Dellin Betances, a right handed pitcher, was not hitting his normal velocity with his fastball. Upon further inspection the ball club discovered a right shoulder impingement. He received a cortisone shot on April 13th, 2019 and hopes to be cleared to start throwing again soon. Betances will hopefully be able to return to game action by the end of May this season.

The Yankees first baseman, Greg Bird, has a tear in the plantar fascia of his left foot. Bird will wear a protective boot for a week or two and will not return until May 15th, 2019 at the earliest. He may have more than a damaged foot to worry about as his replacement, Luke Voit, has been playing much better than he was prior to the injury.

This veteran outfielder has yet to play a major league baseball game since October of 2017. He has suffered multiple injuries the worst of which was arthroscopic surgery to repair his left hip labrum last August. Ellsbury is expected to be out until June 11th, 2019 but it could be even longer than that.

Clint Frazier is the latest Yankee to find himself on the injured reserve list, but hopefully he will only miss 10 – 14 days. An MRI revealed a small tear in his left ankle after the outfielder slid into second base on Monday April 22nd, 2019. This is basically a badly sprained ankle.

New York’s starting short stop, Didi Gregorius, tore his right ulnar collateral ligament in the post season last year. He underwent Tommy John surgery to repair his arm and is rehabbing in Florida as we speak. Didi is scheduled to return to the big leagues anytime from mid June to early August depending upon his condition.

Last April this right handed pitcher had Tommy John surgery on his pitching elbow. He is tossing from bullpen mounds right now and expects to be pitching for New York again by June.

Aaron Hicks is luckily almost back to joining the depleted outfield. The center fielder should return to game action by May. He is showing signs of being fully recovered from his chronic back pain soon. May 8th, 2019 would be a realistic timetable for him to play again at the big league level.

The Yankees starting right fielder and powerhouse slugger, Aaron Judge, may be the most notable Bronx bomber. Judge strained his left oblique and a severe strain at that. This injury occurred while swinging at a pitch on April 20th, 2019. These types of issues take a minimum of three weeks to recover from so expect him to be back in pin stripes by the end of May or beginning of June most likely.

Like several of his teammates Jordan went under the knife for Tommy John surgery on his left elbow last June. The left handed pitcher should be playing in the MLB after the All Star break. He has been throwing in Florida since the start of the regular season so look for Montgomery to pitch again in the bigs around mid August.

Luis Severino is possibly the number one starting pitcher for the New York Yankees when healthy. He originally was diagnosed with a right rotator cuff inflammation, but after further discomfort and an MRI scan the ball club discovered Luis was suffering from a Grade 2 strain of the latissimus muscle on the right side of his body. Severino may begin throwing in late May, but don’t expect him to take the mound at Yankee stadium until early July.

This big time MLB slugger sustained a Grade 1 strain of his left biceps on March 31st, 2019. He will not be able to swing a bat until May due to a cortisone injection in his left shoulder to correct a preexisting injury. Giancarlo is expected to be full go by May 10th, 2019 or so.

This hot shot short stop endured a left calf strain on April 3rd, 2019. He has been injury prone the last few years as Troy is getting older. He is starting to show signs of being game ready again, and Tulowitzki should be available by May 10th, 2019 too.

Where the Yankees are Now

As of Friday April 26th, 2019, New York has won their last six games. They are currently in second place in the AL East just 2 games behind the Tampa Bay Rays. Their overall regular season record is 14 – 11. This is a ridiculously good place for the Yankees to be as of now. They have sustained what may be an MLB record for injuries. Once their players surely but slowly return to the line up they will be even more dangerous. It is still way too early to say though.