Home › online gambling › After Disappointing End to 2018 and Slow Start to 2019, Chicago Cubs Remember How to Win

After Disappointing End to 2018 and Slow Start to 2019, Chicago Cubs Remember How to Win 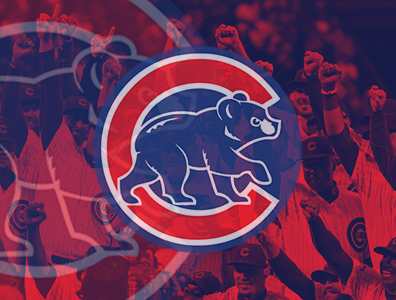 Growing up as a fan of the Chicago Cubs, it was easy to be complacent, accustomed to losing, and end up saying “there is always next year.” Following the long-awaited World Series win in 2016, everything was looking up for the Cubs.

They have a solid young core of ball players with intensive playoff experience backed by a great organization and a coaching staff dedicated to doing whatever it takes to help the team win. The Cubbies finally broke the World Series curse after 108 years of coming up short. For these reasons, along with making it to the Major League Baseball Playoffs for the last 4 seasons (2015, 2016, 2017, 2018), it was only natural for fans to get used to the winning culture that the team has created on the north side of Chicago.

Despite all the recent success and having one of the best records in baseball last year (95 – 68), the 2018 MLB season ended tragically with an early exit in the post season. The Cubs lost an additional regular season tie breaker game to win the division against the Milwaukee Brewers followed up by a loss to the Colorado Rockies in the playoff Wild Card game. If Chicago would have won either of those two games, they would have guaranteed themselves a spot in the National League Division Series (NLDS).

The team then proceeded to begin their 2019 regular season campaign by starting off with a truly disappointing record of 2 – 7 on the initial road trip of the year. That led baseball fans to wonder if they lost their winning ways or simply forgot how to win.

The Windy City eventually returned back from that horrible 9 game road trip to Texas, Atlanta, and Milwaukee in which the Cubs lost 7 of their first 9 games to start their season, but once they played their first home game at Wrigley Field on April 8th, 2019, everything changed. They just looked like they remembered how to be professional and play good baseball on a daily basis.

Since the home opener against the Pittsburgh Pirates, Chicago has not lost a series. In fact, the only series they did not win in that time was against the Los Angeles Angels where they tied 1 – 1 as the third game of that series was postponed due to inclement weather. That team’s home game is scheduled to be made up on Monday, June 3rd, 2019 at 3:05 pm.

The Cubs went from last place to first place in their division in the matter of about 3 – 4 weeks. As of Wednesday, May 15th, 2019, the team currently holds a record of 25 – 14, which is a great place to be through around 1/4 of the 2019 MLB regular season. There is a lot of baseball left to be played and Chicago knows they will have to continue playing well if they want to win the highly competitive National League Central division. Teams like the Milwaukee Brewers, St. Louis Cardinals, and the Pittsburgh Pirates will be fighting for the lead in the NL Central.

Statements from Players, Coaches, and Executives of the Chi-town Team

"I don't think how we played on our first road trip was indicative of our talent level or our preparation. Our guys have done a really nice job of returning to the foundation when pushed, early, by that trip," said team president, Theo Epstein.

General manager, Jed Hoyer said, "It was a painful road trip. In some ways, that was probably good for us. That road trip was probably a little bit of a galvanizing thing for the team."

"I think the start was more surprising. This is the baseball we were expecting to play. We wanted to put it on us," Kyle Hendricks, starting pitcher added.

"The biggest thing is we have some players that struggled last year that are playing really well," says Hoyer.

"We're right where we need to be, especially with the way it started out," says Cubs’ All Star first baseman, Anthony Rizzo. "That's what comes with our expectations. It's not like we're the 2015 Cubs. If they (San Diego Padres) get to the playoffs, that's really good for them. But that's not where we're at. In a few years, if they continue to do that, that's not going to be good for them. Where we're at is a different level of expectations."

"It's hard for me to talk negatively about 95 wins, and with the schedule that we had and the adversity that we faced," says manager, Joe Maddon, in reference to 2018. "Sometimes you have to give the other guy credit. Milwaukee just did that well. They didn't lose."

“Other people may not believe, but we never lost confidence in this clubhouse, and that's the only thing that matters," Cubs’ outfielder/utility player, Albert Almora Jr., exclaims.

"I don't want to take any victory laps now. The guys showed up really ready to play. There's a real focus each day on doing what's necessary to put our best foot forward in order to win," Epstein added.

How the Chicago Cubs Improved

There are a variety of factors that have contributed to the success of the city’s north side ball club. Their starting pitchers, and even the occasionally shaky bullpen, pulled it together and pitching has returned to a dominant force from the mound.

The lineup that Maddon puts on the field can be mixed and matched as his players are very versatile and can handle playing multiple positions. Sometimes baseball is a simple game that gets over complicated. It is hard to win when you are not hitting the ball, and man, the Cubs killing it at the plate. They are striking out less and hitting for both power by crushing home runs as well as hitting for high batting averages.

The 2019 Chicago Cubs seem extremely motivated, and they play hard each and every time they take the field. Fortunately, the team hasn’t suffered with many hurt players especially none with serious long term injuries like the New York Yankees are dealing with. With the return of Addison Russell and Kris Bryant breaking out of his slump in a big way, wins should continue to come the Cubs’ way. They are playing excellent baseball heading into the summer months, and if I had to describe the team in one word right now it would have to be ‘consistent.’