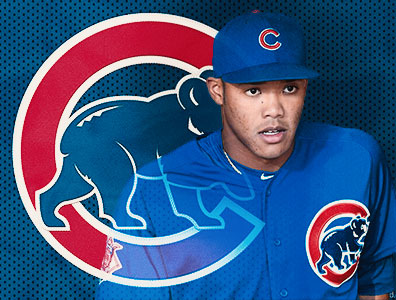 On Wednesday, May 8, 2019, the Chicago Cubs second baseman, Addison Russell, joined his team once again in the majors for the first time since September 19, 2018. He served a 40-game suspension handed down by Major League Baseball for violating their domestic violence policy. The suspension resulted from an MLB investigation into Russell’s ex-wife, Melisa Reidy’s reports of multiple incidents involving verbal, emotional, and physical abuse.

Russell has put in a great deal of work to earn his way back on to the Cubs ball club for a conditional second chance. He has undergone league and team mandated domestic violence counseling as well as his own personal therapy. He has served his 40-game suspension and then spent some time with the Chicago Cub’s Triple A affiliate, the Iowa Cubs.

The Reason He’s Starting in the Minors

“We want to make sure he’s ready when the time comes, and he hasn’t had the benefit of a real spring training yet, so we thought more games, more at-bats would benefit him and us. When the time comes, we’ll make that move. There’s not a real urgent need for him right now. I think we’re better off letting him continue to go through a spring training,” says team manager, Joe Maddon.

Maddon and the Chicago Cubs coaching staff were planning on having the returning player spend more time in Triple A with the Iowa Cubs, but particular circumstances presented themselves.

Utility player, Ben Zobrist, was placed on the MLB restricted list due to a leave of absence for personal reasons. The Cub’s second baseman, Daniel Descalso, has been limited to coming off the bench in pinch hit situations as he is dealing with a sore ankle. For these reasons, Russell was called up to the majors after just under a week of playing in the minors.

Russell Speaks Out on his Progress

“I’ve just improved overall,” says Russell. “Better relationships and communication with my teammates and family and friends. Just overall, I feel like I’m a better person. Hearing from my family and friends and also teammates that I’ve improved is a lot of assurance for me. And just continuing my therapy as well. I know I’m making great strides. It’s a long road ahead. There is no finish line but I’m committed to this.”

When asked about winning back the fans of the Cubs, he said, “I think that’s a huge step along the way. The goal – I can’t tell you what the big goal is – but I can tell you that I just need to hit small goals. And then, over time, reflect and then look and see how far I’ve come, and then just keep going forward.”

Team President Theo Epstein had this to say…

… “This does not represent the end of the road or an accomplishment in any way,” says Epstein. “But there has been progress. And not just taking Addison’s word for it. I’ve remained in touch with the people who are important to him, people who are in his orbit, including Melissa. I’ve received a lot of positive testimony about Addison’s growth to this point, his coping skills, his emotional control, his communication skills, his engagement as a father. If there is an additional burden on him, additional scrutiny on him or other things he has to deal with, I think that’s just part of the process. That’s not unfair.”

As a Chicago Cub’s fan that follows the team extensively, I can honestly say that I don’t believe we necessarily need Addison Russell. The Cubs have played just fine without him for a while now, but that is not what this is all about.

I believe in giving people a second chance as long as they take responsibility, get the necessary help, and they don’t make the same mistake again unlike NFL player, Tyreek Hill, of the Kansas City Chiefs.

It seems as if Addison has been making a sincere effort to better himself and the people surrounding him in his life. He has handled the situation well and has served his time. He has cooperated with everything in accordance with the MLB’s domestic violence policy.

The Cubs are not the type of an organization that would ever keep a ball player with poor character qualities. I truly believe they must see something very positive in Russell for them to decide to move forward with him on the team. I hope he continues to make the right decisions and continue to make improvements to become the best person he can be.