David Bote Lands an Unheard of Deal for a Bench Player 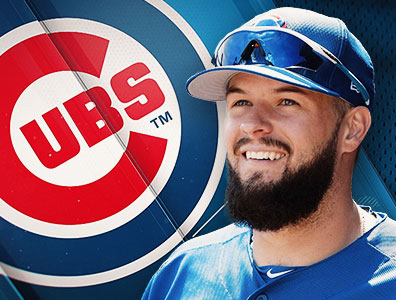 David Bote is a 25-year-old infielder for the Chicago Cubs that has made an immediate impact as soon as he was called up to the big leagues. He was moved up from Triple A to the Cubs amidst the 2018 season, and he contributed well with game winning home runs, stellar defense, and overall solid offensive at bats.

His spring training performance last March was outstanding as he played better than most of the big name players on the team. Bote and his agent expressed that he was looking for some financial security, and that he wanted to stay in Chicago with the Cubs for years to come.

The Cubs have noticed his hard work and his potential to become a high producing starter over the next year or two, so they have signed David Bote to a five year contract valued up to $28.6 million if team options are exercised. 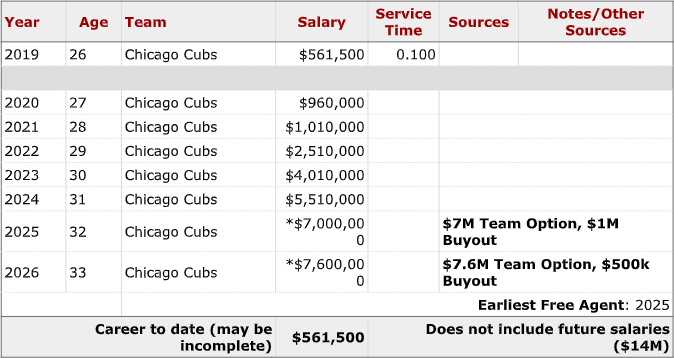 Over 74 games with the Chicago Cubs in 2018 David Bote had 210 plate appearances with 184 official at bats. He has rounded the bases to score 23 runs. Bote has accumulated 44 hits including 9 doubles, 2 triples, and 6 home runs. David has racked up 33 runs batted in as well as 3 stolen bases. His batting average last season was .239 along with a .319 on base percentage. He had 19 base on balls and 60 strike outs. Bote had a slugging percentage of .408 accompanied by an on base plus slugging percentage of .727.

…David Bote is off to a good start with a batting average of .364. It is still early this season and he hasn’t played every day, but he already has 4 hits on 11 official at bats. He has scored 2 runs. Bote has yet to hit a home run or get an RBI but those numbers will come with time. In 2019 David has an on base percentage of .462 and a slugging percentage of .455. Thus far his on base plus slugging percentage is .916, and I am sure he will want to keep that number high as the season progresses.