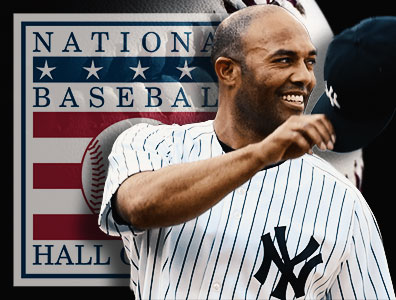 Both Rivera and Smith were closing pitchers, Mussina and Halladay were starting pitchers, and Edgar Martinez and Harold Baines were both designated hitters. Overall, each and every player that made it into baseball immortality this year definitely deserved the honor.

The player serves as the long time closer for the New York Yankees during their reign on baseball from the mid 1990’s to the early 2010’s. He was the first player ever unanimously voted into the Baseball Hall of Fame by the Baseball Writers' Association of America. That is one hell of an honor as there have been plenty of other ball player that have deserved that accolade.

From the time Rivera was a young child, he dreamed of being a famous soccer player and idolized the Brazilian soccer star, Pele. Instead of living that dream he found his specialty on an MLB baseball diamond, and he ended his career with an astonishing 652 saves.

Rivera pitched 19 seasons in the big leagues, all with the historic New York Yankees, and finished his amazing career with 952 games finished which is another record of his. As a 13 time MLB the All Star helped the New York Yankees win five World Series championships and seven American League pennants.

"I think I choose that because sometimes you write words and it doesn't sound right," explained Rivera. "But when you come from the heart, it comes right. My intention was always to speak from the heart."

"You're special for me," said he, who abandoned his native homeland of Panama in 1990 while unable to speak a lick of English. "Thank you for your help. Latin American fans, thank you. Thank you for loving me. I'm so humbled and blessed to receive this incredible honor. God bless you all."

"To the fans, you guys always pushed me to be the best," he exclaimed. "When I was at Yankee Stadium pitching, it felt like I was pitching with 55,000 people throwing one pitch after another. Without your support, I cannot do it. You guys came to see me succeed."