Home › online gambling › Back when Baseball was King of Summer: The Wild 1998 MLB Season

Back when Baseball was King of Summer: The Wild 1998 MLB Season 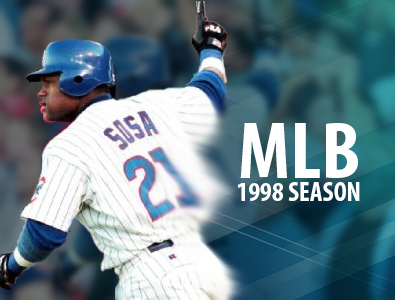 As we near ever close to the broadcast of the much anticipated 30 for 30 documentary “Long Gone Summer” that will air on ESPN this Sunday, June 14th, 2020 at 8 p.m. CST now is the perfect time to look back on all the amazing moments and the biggest stories stemming from the wild and crazy 1998 MLB season. Below are many of the most memorable key components that made up the incredible 1998 season of Major League Baseball.

One of the largest factors contributing to an extremely exciting 1998 Major League Baseball season was the enormously inflated amount of home runs as well as the big name players of this time that were consistently hitting the long ball. At this time in professional baseball also known as the steroid era which featured pumped up ball players that seemed to swing for the fences each and every time they entered the batter’s box and measured up to the plate.

Mark McGwire was featured on the of Sports Illustrated’s baseball preview issue along with the famous headline quote stating, “Get Ready for a Slugfest.” Along with Griffey Jr. the big time slugger of the Chicago Cubs Sammy Sosa was a driving force helping propel the 1998 MLB season to unbelievable heights.

The Death of a Legend and the Birth of Two Franchises

Major League baseball had already made head turning headlines prior to the start of opening day that year. The legendary baseball broadcaster formerly of the St. Louis Cardinals, the St. Louis Browns, the Oakland Athletics, the Chicago White Sox, and most recently of the Chicago Cubs, Harry Caray, passed away on February 18th, 1998 at the age of 83. His death came just prior to the start of the 1998 MLB season. 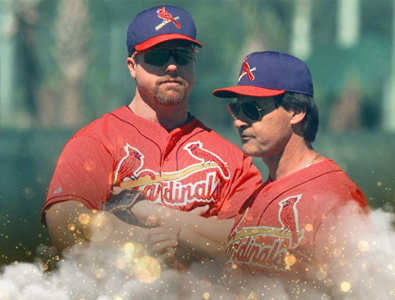 The Home Run Race Kicks Off Strong in March and April

As opening day begins on Tuesday, March 31st, 1998 both McGwire and Griffey Jr. blast off explosive long balls to initiate the home run race. McGwire’s HR was a very helpful grand slam for his St. Louis Cardinals. While Ken Griffey Jr. kept par with the much larger steroid fueled Cardinal by hitting one for the Seattle Mariners with their new look uniforms of Navy blue, metallic silver, Northwest green, and white or grey depending on whether they were playing at home or on the road.

The evil empire of the all mighty and powerful New York Yankees got off to an extremely slow start of 1 and 4 after being favorites to win the World Series in 1998. The Bronx Bombers won 96 games in 1997, and had even higher expectations for this year especially once they added the superstar second baseman, Chuck Knoblauch. The historic manager of the Yankees, Joe Torre, was on the hot seat and rumors of their strong minded owner George Steinbrenner possibly firing Torre filled the headlines of newspapers across New York City.

Peter Botte of the New York Daily News had written sarcastically, "No word yet, of course, if anybody's jobs here are in trouble," as he implied that Torre was absolutely in trouble. While Mike Lupica of the same publication wrote, "If you are absolutely sure Joe Torre could survive a bad start, then you really believed all those valentines everybody wrote to Steinbrenner on the 25th anniversary of him taking over the Yankees."

The New York Yankees quickly responded to the criticism by winning 22 of their following 24 games as well as winning 34 of their next 40 games. In 1998 the Yankees made MLB history by winning 114 games while only losing 48 which was good at that time for the most American League wins in a single regular season. Since then the 2001 Seattle Mariners broke that MLB record by recording 116 wins and only 46 loses.

The main difference between the 2001 Mariners and the 1998 Yankees is that Seattle never made it out of the first round in the 2001 MLB postseason (lost to Yankees in 1st round), and the 1998 New York Yankees went 11 and 2 in the playoffs that year along with sweeping the World Series that year.

David Schoenfield of ESPN wrote, “Before the Moneyball A's made on-base percentage a market inefficiency, the Yankees were drawing lots of walks. They led the league in 1998 and, not coincidentally, led the majors in runs scored -- even though, in this season of home runs, they didn't have a single player hit 30.”

In the home run race through April that season, McGwire hit 11, Griffey Jr. had 11, Sosa hit 6, and surprisingly Vinny Castilla homed 11 times as well. Mike Piazza who was emerging as one of the best power hitting catchers of all time smashed 3 grand slams in April of 1998.

May was highlighted by the record setting performance by the hard throwing Chicago Cubs’ starting pitcher, Kerry Wood. In only his 5th pitching start of his young and eventful MLB career Wood struck out 20 Houston Astros’ batters in a rubber match on May 6th, 1998 which tied the Major League Baseball record for strikeouts in a single game. 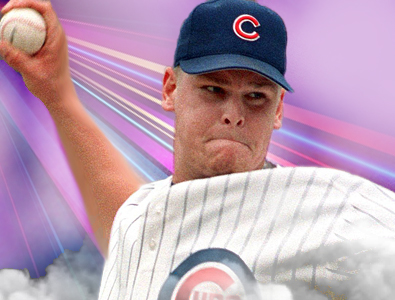 The only other big league hurlers besides K. Wood to accomplish this feat are Max Scherzer as well as Roger Clemens who achieved 20 K’s in a single ball on two separate occasions during his illustrious baseball career. In Kerry’s rookie season of ’98, he finished the year with 233 strikeouts in 166⅔ innings which set an MLB record at that time for most strikeouts per nine innings by a starting pitcher.

On May 15th, 1998 the Los Angeles Dodgers Mike Piazza and Todd Zeile were sent to the Florida Marlins in exchange for Gary Sheffield, Bobby Bonilla, Charles Johnson, Jim Eisenreich, and Manuel Barrios in a blockbuster mid season trade. Piazza had hit over 200 homers for the Dodgers during his 7 year tenure with Los Angeles. This MLB All Star catcher only played in 5 games for the Florida Marlins before he was infamously traded to the New York Mets.

On May 17th of 1998 the New York Yankees heavy set starting pitcher, David Wells, threw a perfect game against the Minnesota Twins. After the game Wells admitted to being severely hung over while pitching that rare MLB achievement of throwing a perfect game. There have currently only been 23 perfect games pitched in the over 150 year history of Major League Baseball.

Other notable incidents in May that year include a brawl between the New York Yankees and the Baltimore Orioles (5/19/1998), McGwire hit 3 deep bombs (5/19/1998), and the manager of the Arizona Diamondbacks, Buck Showalter, intentionally walked Barry Bonds with the D – Backs up 8 to 6 in the bottom of the 9th inning with 2 outs (5/28/1998). Bonds facial expression in reaction to the intentional pass was quite unforgettable as that move walked in a run for the San Francisco Giants, but the Arizona Diamondbacks hung on for the 8 to 7 victory.

Bonds said after the game, "I've had a whole night to think about it, and I still don't know what to say. I don't know how to put it into words. Buck made history. Let him discuss it."

Showalter replied by saying, "There are only three or four players in this game you'd do it with, and Bonds is one of them. In a misty rainstorm with the mound slipping around and no curveball. Nothing good was going to happen."

At the conclusion of May, the home run race:

Sammy Sosa and his Chicago Cubs catch fire in June of ’98. He hit an MLB record 20 home runs that month. On the 15th of June he popped 3 dingers in a game against the Milwaukee Brewers. Magazines featuring Sosa and McGwire on the cover hit newsstands everywhere across the country as Major League Baseball was reigning as king of the summer in the United States of America.

Schoenfield sums up Sosa’s June by stating, “He hit six home runs in April and seven in May before heating up. He homered twice on June 1, in five consecutive games from June 3 to 7, belted those three on June 15 and hit two each on June 19 and 20.”

“The biggest impact from Sosa, however, might have been how the home run chase influenced Bonds. The best player in the game and with three MVP awards, Bonds was allegedly so irritated by the attention McGwire and Sosa received that he started using PEDs after the 1998 season.”

Home Run Race at the end of June:

The American League defeated the National League 13 to 8 in the MLB All Star Game on July 7th of 1998. That game was held at Coors Field located in Denver, Colorado which helps explain the high scoring event.

On July 9th, 1998 Bud Selig officially becomes the commissioner of Major League Baseball after serving as the acting commissioner of baseball since September of 1992. On the 31st of July the Seattle Mariners traded “The Big Unit”, Randy Johnson, to the Houston Astros. The Mariners received Freddy Garcia, Carlos Guillen and John Halama from the Astros in the huge blockbuster MLB trade.

Home Run Chase at the end of July:

“Sitting on the top shelf of Mark McGwire's locker, next to a can of Popeye spinach and packs of sugarless gum, is a brown bottle labeled Androstenedione. For more than a year, McGwire says, he has been using the testosterone-producing pill, which is perfectly legal in baseball but banned in the NFL, Olympics and NCAA,” Wilstein said.

Wilstein goes on say, “No one suggests that McGwire wouldn't be closing in on Roger Maris' home run record without the over-the-counter drug. After all, he hit 49 homers without it as a rookie in 1987, and more than 50 each of the past two seasons. But the drug's ability to raise levels of the male hormone, which builds lean muscle mass and promotes recovery after injury, is seen outside baseball as cheating and potentially dangerous.” 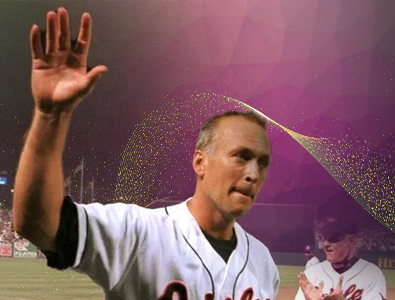 On September 8th, 1998 McGwire blast his 62nd long ball of the season to pass the elusive mark of Maris for the MLB single reason home run record. Sosa hit one in that contest as well to put him at 58 for the year. On September 20th, 1998 Cal Ripken Jr. takes himself out of the line up, ending his streak as well as the MLB record for the most consecutive Major League Baseball games started with 2,632.

On September 28th, 1998 the Chicago Cubs beat the San Francisco Giants at Wrigley Field in Chicago, IL to win the Wild Card tie breaker to make the MLB postseason. Sosa hits his 66th homer of the year on the final Friday of the season while McGwire finished the season with a flurry of fence clearing bombs to finish his season with an unbelievable 70 home runs.