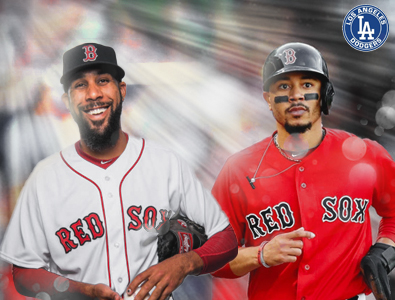 A blockbuster Major League Baseball three team trade makes huge headlines during a very transactional and controversial 2019 – 2020 MLB offseason. An offseason smeared with the bad taste of the electronic sign stealing scandal investigation resulting in serious personnel moves by some big league teams. One of those franchises being the Boston Red Sox.

We will find out Boston’s decision on their new manager soon, and one of the first things they will have to adapt from is the loss of their superstar outfielder Mookie Betts and left handed starting pitcher, David Price.

Betts and Price along with their large contracts were traded from Boston to the Los Angeles Dodgers this week. The LA Dodgers will receive young talent such as Alex Verdugo. While the third team involved, the Minnesota Twins, will acquire pitcher Kenta Maeda from the Los Angeles Dodgers. The Twins are sending the Boston Red Sox hard throwing prospect, Brusdar Graterol as well. All of these trades of course are contingent of the players all passing their physical examinations by their new teams.

Like an aggressive real estate mogul, the Dodgers continue to buy up precious high value Major League Baseball assets. This time the Dodgers are taking on the remaining enormous contracts of former MLB MVP Mookie Betts and veteran starting pitcher, David Price. The Boston Red Sox cleared both of those two contracts from their books as they try to get under the Major League Baseball luxury tax.

Over the last several MLB seasons the Dodgers continue to pursue the elusive World Series championship that they have been so close to reaching throughout the last three years. The Dodgers lost the World Series in 2017 to the Houston Astros, in 2018 they lost the World Series to the Boston Red Sox, and last season the current World Series champion Washington Nationals knocked Los Angeles out of the playoffs in the National League Divisional Series. I personally am getting bored watching the LA Dodgers trying to buy a World Series Championship. I like to see baseball teams build up from good young prospects in their minor league farm systems as opposed to buying high dollar free agents or trading for big name ball players. 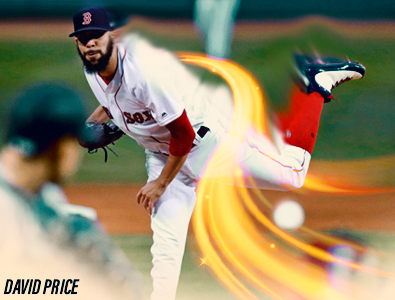 With Mookie Betts and the Boston Red Sox not being able to strike a long term deal they club looks to get something for him and Price via a trade. The Red Sox organization is looking to rebuild especially after the sanctions handed down by the MLB in the electronic sign stealing scandal in which they will be missing out on future draft picks. Betts was scheduled to make $27 million this season which is now the responsibility of the Los Angeles Dodgers, and following the 2020 MLB season he will become a free agent who will demand somewhere in the ball park range of a $400 million contract for most likely over ten years.

Price’s $32 million annual salary is also no longer an issue for Boston as Los Angeles picked that up in the trade. The Dodgers have Price under contract through the 2022 MLB season. Boston is attempting to dive below the $208 million luxury tax threshold. They took $123 million off their books over the next few years especially by ditching the overpaid agreement with Price. The Red Sox are hopeful that the young power arm of Brusdar Graterol will be a nice addition on their big league roster sometime in the near future. Graterol was acquired from the Minnesota Twins in this offseason blockbuster trade.

Alex Verdugo is a young and much less expensive option in the outfield for the Boston Red Sox to move forward with as they fill the big shoes left by Betts leaving town. Only time will tell how competitive the Red Sox will be with the powerhouse New York Yankees being locked and loaded for the upcoming and exciting 2020 MLB season. Hopefully guys they have under contract like Chris Sale will play up their potential for all the money they are getting paid by the Boston Red Sox.

Kenta Maeda is a solid veteran pitcher that should help the Minnesota Twins in their search for a better starting pitcher rotation for the near future. This right hander also comes with valuable postseason experience as he comes from the perennial playoff contenders in the LA Dodgers. The Twins have a solid young core of baseball players, and they have started coming back in to the American League playoff landscape as of lately. Hopefully the addition of Maeda will help get them to the next level.