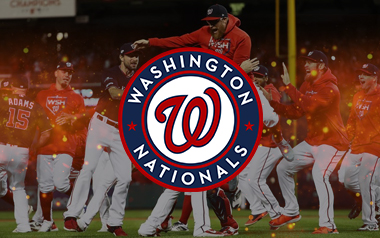 The Washington Nationals have constantly had their back against the wall in the 2019 MLB postseason, but they never quit and have always fought back hard to achieve the ultimate goal of winning the World Series. The Nationals started their playoff run as a wild card team.

The Wild Card play in game between the Nationals and the Milwaukee Brewers was quite a wild event. Late in the game, Washington was down 3-1, but they had the bases loaded with 2 outs and their young star Juan Soto came to the plate. He hit a line drive into right field which was misplayed by the outfielder in right allowing 3 runs to score as the Nationals took the lead 4-3 very late in the game. Washington hung on to win that game sending them to the NLDS.

The National League Division Series of the 2019 MLB postseason was another extremely dramatic series of events. As the Los Angeles Dodgers and the Washington Nationals exchanged games as the series went to a decisive game 5 which was another elimination game for both of these teams. The Nationals were once again down late in the fifth and final game when the magic of this team was on full display.

With the Dodgers up 3-1 Anthony Rendon and Juan Soto hit back to back solo home runs off of Clayton Kershaw to tie the game at 3. The game went into extra innings but not for long. In the top of the 10th inning Howie Kendrick blasted a long grand slam home run to center field putting the Nationals up 7-3 which ultimately was the final score of the game. The Washington Nationals won this elimination game sending them to the NLCS.

The National League Championship Series of the 2019 MLB postseason was a fast and dominating performance by the Washington Nationals. They swept the Saint Louis Cardinals with four consecutive wins. Their performance in the NLCS sent the Nationals to their first World Series appearance in franchise history. 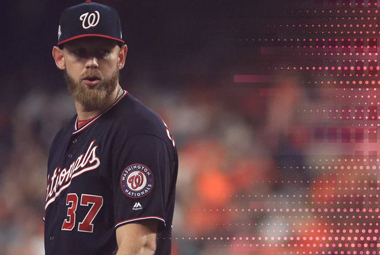 The 2019 MLB World Series started off with the Nationals winning the first two games on the road in Houston, Texas. Then the Houston Astros played like the best team in baseball winning the next three games on the road in Washington D.C. This put the Nationals in two must win elimination games in Houston in order to win the elusive World Series championship.

In game 6, Stephen Strasburg pitched really well and home runs from Adam Eaton, Juan Soto, and Anthony Rendon all homered enabling the Washington Nationals to win easily with a final score of 7-2. That win forced a game 7 of the World Series in which winner take all circumstances were present.

The World Series Most Valuable Player

Over the course of the 2019 MLB postseason, Strasburg went 5-0 with an ERA of 1.98 in his five starts. He is a free agent entering the 2020 MLB season, and he will receive a very large contract as his value couldn’t be higher than it is right now. I believe the Nationals will resign the star pitcher to keep him along with their other ace starter Max Scherzer. 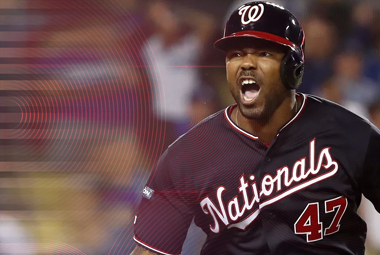 "You know what? This is -- I mean, honestly, all these years, all this hard work, this year, the struggles early -- I mean, this is what it's about right here," Howie Kendrick explained. "This is what it's about. I mean, words can't even describe this feeling. It's phenomenal. This group of guys that we got here, we fought all year. This makes it sweet. This is so sweet right now."

"He was in the training room, he was getting his treatment, and he was nonstop," says Anthony Rendon. "The only thing he didn't have on was a neck brace. We can tell you all that. But man, he was trying to come out here so bad. For him to come back out here and put in work within these last few days and get back on the mound, it's a testament to who he is."

"I've seen [Harris] a few times. He's gotten me out every time," Kendrick told reporters. "I think he struck me out every time I faced him. At our place, he threw me a cutter away like that, I took it, and I was just looking for something out over the plate I could hammer, and he made that mistake -- and man, that was probably one of the best swings of my career, just like that grand slam. Moments like that, you can't make those up."

"I don't think I can handle this," says Jose Altuve. "It's really hard to lose Game 7 of the World Series. What I can tell you is we did everything we could. ... We did everything to make it happen. We couldn't, but that's baseball."

"What a story," Ryan Zimmerman expressed.

"The way this game went is the way our whole season went," says Zimmerman.

"That was our motto," says Max Scherzer.

"Guess what? We stayed in the fight. We won the fight!" Martinez emotionally expressed.

"It's almost like we've done it so many times that we have to get punched in the face to kind of wake up," says Stephen Strasburg.

Anibal Sanchez stated, "We won one. We finally won one."

"I've got a group of heartbroken men in there that did everything they could to try to bring a World Series championship to this city. And we fell one win shy," says Astros manager AJ Hinch. 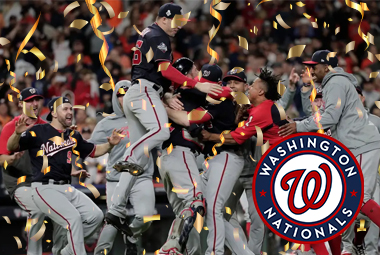 "Let's be honest, there's 28 other teams that would love to have our misery today. And I just told our team, it's hard to put into words and remember all the good that happened because right now we feel as bad as you can possibly feel."

"I wasn't going to pitch him unless we were going to win the World Series and have a lead," Hinch stated. "He was going to close the game in the ninth."

"This is now the most 2019 Nats thing to ever happen," Sean Doolittle explained. "Another elimination game, another come-from-behind win."

"I hope D.C.'s ready for us to come home!" Zimmerman screamed.

"Yeah, the ultimate goal is to win the World Series, and we fell short to a great team. You can't hang your head low about that," says George Springer. "You move on and start getting ready for spring training."