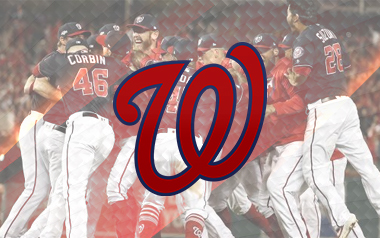 The Washington Nationals started off the 2019 MLB season 19-31 by May 23rd, 2019, and at 12 games behind .500 there were very few people out there that believed they would make the playoffs this year. Believe it or not they turned their season around and squeaked into the MLB postseason as a Wild Card team.

The one game 2019 MLB National League Wild Card play match up was between the Milwaukee Brewers and the Washington Nationals. It took place at Nationals Park in the nation’s capital of Washington D.C. and proved to be a crazy game that definitely did not lack intensity or a dramatic finish.

The Nationals used both of their best starting pitchers in Stephen Strasburg and Max Scherzer, but even with those aces taking the mound for Washington the Brewers were able to jump out to an early 3-1 lead that held up until the 8th inning of the ball game.

It came down to the bases being loaded with 2 outs as Milwaukee’s superstar closer, Josh Hader, faced the National’s young and upcoming phenom, Juan Soto, at the plate with the game on the line. Soto hit a line drive into right field which was mishandled by the Brewer’s outfielder as his error allowed Washington to clear the bases scoring three runs to take a 4-3 lead late in the game. The Nationals ended up winning this unbelievable MLB Wild Card game to advance to the NLDS against the Los Angeles Dodgers.

This series matched up the best team in the National League during the regular season in the Los Angeles Dodgers batting the Washington Nationals who were rolling in hot and with a whole lot of momentum. These two teams traded off wins causing the best of 5 series to go to a decisive fifth and final game to move on to the NLCS. 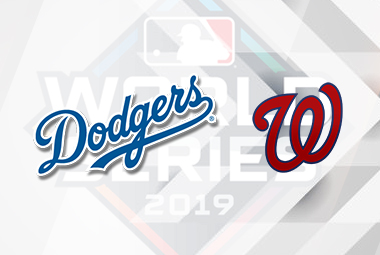 Game 5 started out great for the Dodgers as they went up 3-0 on the Nationals in the first two innings, and the contest remained three to zero up until the 6th inning when Washington finally scored a run. It was 3-1 in the 8th inning with the Dodger’s ace Clayton Kershaw on the mound. Kershaw’s MLB postseason struggles continued as he gave up back to back solo home runs to Anthony Rendon and Juan Soto which tied the game at three heading into the ninth inning of this elimination battle royale.

The Washington National’s magical run continued in the top of the 10th inning when Howie Kendrick came to the dish with the bases loaded and no outs. Kendrick amazingly hit a grand slam to dead center field off of Joe Kelly giving the National’s a 7-3 lead which held up, and Washington moved on to the NLCS. This was the first playoff series the Nationals have ever won by the way, and now they were incredibly only 4 wins away from heading to the Major League Baseball World Series.

This 7 game series was dominated by Washington as their starting pitching and relentless batting line up lit up the St. Louis Cardinals from start to finish. The Nationals easily won the first four games of this NLCS sweeping the Cardinals and putting them in the World Series for the first time in franchise history. The Washington Nationals went from never winning a Major League Baseball playoff series to making it to the World Series within a matter of a couple weeks!

With the Washington Nationals wrapping up the NLCS fast and furiously, they now have to patiently wait for the winner of the American League Championship Series to finish in order for them to know what team will win the AL pennant and play them in the 2019 MLB World Series. As of Thursday, October 17th, 2019 the Houston Astros have a two games to one lead on the New York Yankees. The fourth game of the ALCS will be played that Thursday night after a rain storm on Wednesday postponed the series a day. 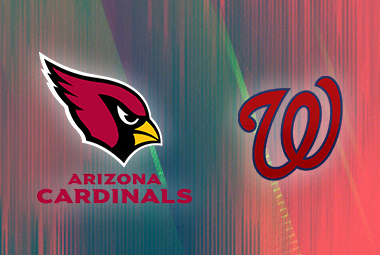 "It wasn't by design to get 12 games under .500 and try and battle ourselves back, but we earned 12 games under .500," president of baseball operations Mike Rizzo explained. "But then we also earned about .720 ball the rest of the way."

"We knew we were going to be the oldest team in the league," Max Scherzer stated. "Everyone said that was a negative. We looked at it as a positive. I'm one of the old guys. Us old guys can still play. I think the older guys bring a lot of value to the clubhouse. The experience we bring, the emotions we bring, all that helps."

"I think every year we're going to the World Series," says the general manager of the Washington Nationals Mike Rizzo. "We've been in the playoffs five times in eight years. We've won more games than any team in the majors except the Dodgers in that time. So every year we head to spring training expecting to win the World Series. Get to the playoffs and you've got a puncher's chance."

"It's tough to do, but I'm doing it, and it's helped a lot," the manager of the Washington Nationals Dave Martinez explains his having to sit during the games due to a heart condition.

"These guys right here cured my heart. The heart feels great,” Martinez tells the crowd at Nationals Park after the game 4 win.