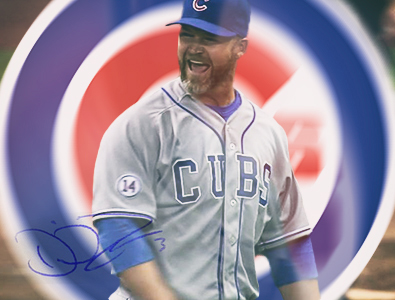 On Wednesday, October 23rd, 2019 the Chicago Cubs declared that they have decided on their next manager of the ball club. Out of all the qualified candidates that they extensively interviewed for the position they chose former Cub and veteran big league journeyman, David Ross.

The official announcement of the agreement is scheduled for Thursday, October 24th, 2019. At that time the complete details of the deal between Ross and the Chicago Cubs should be disclosed along with a press conference to welcome back Rossy to the organization in his new role with the franchise.

The Chicago team considered several other possible replacements for Joe Maddon who went separate ways from the Cubs at the end of the 2019 MLB regular season. Maddon was hired to be the next manager of the Los Angeles Angels shortly after that position was vacated by Brad Ausmus.

The North Siders invited in possible managerial candidates such as former manager of the Philadelphia Phillies Gabe Kapler, former New York Yankees manager and ex-Cub Joe Girardi, the Houston Astros bench coach Joe Espada, as well as the current Cub’s first base coach Will Venable, and Chicago’s current bench coach Mark Loretta. The ultimate decision seemed to come down to Ross and Joe Espada who both went through with secondary interviews this week, but sources are saying Ross handled the process extremely well earning him the job.

Although Ross does not possess any legitimate coaching or managing experience, his former teammates treated him as a coach/leader especially towards the end of his MLB playing career with the Cubs. They referred to him a “Grampa Rossy” as a matter of fact. He ended his baseball playing days by winning the 2016 World Series while with Chicago, and he had a huge home run contribution during game 7 of that series in one of his final professional at bats.

Prior to joining the Chicago Cubs in 2015, he was a World Series champion with the Boston Red Sox where he won another World Series championship in 2013. He played for 5 other teams in both the National and American League including the Atlanta Braves, the Cincinnati Reds, the San Diego Padres, the Pittsburgh Pirates, and the Los Angeles Dodgers. His excellent catching career in the majors spanned 15 years.

Ross retired from playing baseball professionally in 2016 as a World Series champion, but he never left the game he loves. He immediately decided to remain with the Cubs as a special assistant to baseball operations for the 2017 season as well as making many appearances in the broadcast booth calling ball games following that role with Chicago. He is beloved in the great city of Chicago, and I believe he will be a great fit as their manager in the near future. 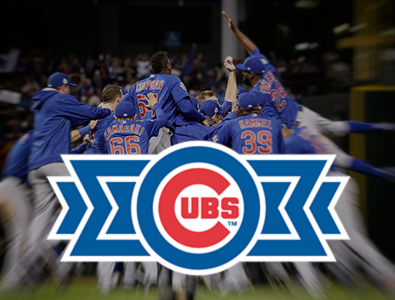 "We're looking forwards," says Chicago Cubs president, Theo Epstein. "We're not looking backwards. In some ways there's been too much emphasis on 2016 and looking back. His (Ross) connection to that team, or to some of our existing players, will not be a significant part of the evaluation."

"We need to create a culture in the clubhouse with guys in uniform that push themselves to be the very best version of themselves," Epstein explained. "We have a great culture. We're going to try and take it to the next level."

"Should the front office be the one in charge of that type of motivation on a day-to-day basis?" asks Epstein. "It should not."

"I've always looked at Rossy as a coach when he played here," says Cubs third baseman Kris Bryant. "Yeah, it was goofy, it was fun, it was energetic, but when he needed to tell you something, he let you hear it. From the very get-go, I felt like this guy will be a manager someday."

"I think it's one of the best jobs in baseball," says the new manager of the Chicago Cubs, Ross. "I've got a lot of close ties with those guys. ... I think my heart is drawn to that dugout a little bit."