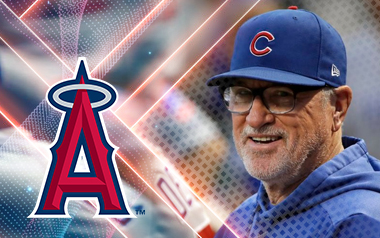 The Chicago Cubs and former manager Joe Maddon agreed to go their separate ways after the 2019 MLB season. The Los Angeles Angels had just fired their manager Brad Ausmus on September 30th, 2019, and they were looking for a new candidate to fill the vacant position. Joe Maddon and the Angels announced this week that they have come to terms on a deal making Maddon the next manager of the Los Angeles Angels.

Joe has previously signed with the Angels organization in 1975 as an undrafted catcher, and ever since then he was a part of the storied franchise as a player, a coach, and a manager of the team at one point or another. He was a coach on the squad under 5 different managers he was able to attain an interim managerial position with the Angels twice during his long tenure with the ball club.

Under the tutelage of manager Mike Scioscia, he was a bench coach that helped lead that team to a World Series championship in 2002. From 2006 until 2014 he got the job as the manager of the Tampa Bay Rays, and led them to a World Series appearance in 2008 with a very small payroll. Maddon won the American League manager of the year award that season as well as in 2011 with the Rays.

In 2015, Joe Maddon accepted the position of taking over as the Chicago Cubs manager. That year he won his third manager of the year award as he led the young and inexperienced Cubs to the NLCS from the wild card position in the 2015 MLB postseason. The following year he helped his team achieve the ultimate goal of winning the World Series with the Chicago Cubs which had last occurred in 1908.

He continued to manage the Cubs with their high expectations for the next few years until the lack of playoff success eventually resulted in him and the Cubs moving on in a different direction. The Chicago Cubs are still in search of their next manager to lead Chicago into the 2020 MLB season.

Joe Maddon has decided to head back to Los Angeles to manage the Angels where his coaching career took off from. He will forever be remembered as the man that got the Cubs to overcome their curse and finally win that elusive World Series in 2016. The Los Angeles Angels are lucky to have hired such a proven, successful, and unique manager to lead superstar Mike Trout and their ball club into the future. 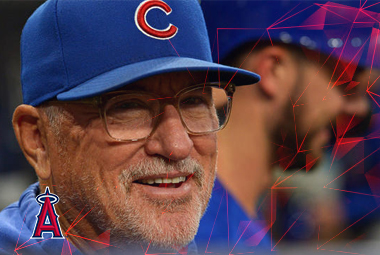 "We are thrilled that Joe is coming back home and bringing an exciting brand of baseball to our fans," says Los Angeles Angels general manager Billy Eppler. "Every stop he has made throughout his managerial career, he has built a culture that is focused on winning while also allowing his players to thrive. We believe Joe will be a great asset for our club and look forward to him leading the team to another World Series championship."

"I could not be more excited to come back home and manage this great organization," Joe Maddon stated. "I'd like to thank Arte Moreno, Billy Eppler and John Carpino for giving me the opportunity to add another chapter to my Angels career. I was lucky enough to be a part of the first Angels team to win a World Series title and I look forward to the opportunity to bring Angel fans their second championship."

“When that ball landed in (Anthony) Rizzo’s glove from K.B. (Kris Bryant), my first thought was 108 (years),” Maddon explained. “I thought 108 because that was only my second year there, and all these people had to go through this baseball suffering for so long, and to be part of the moment that alleviated all that was special.”

“Now it’s time to do something wonderful again back in Anaheim,” Maddon told the media.

“Everyone wants to know strategies, hit-and-run, bullpen management, lineups, all that stuff,” says Maddon. “But it starts with relationships, and we already had that built.”

But, “it started with Arte,” Maddon expressed. “Arte has never been worried about spending money.”

“There definitely was an Angel method I grew up with,” Maddon stated. “Bob Clear was my mentor. I’d like to incorporate those tried and true (methods).”

“There was a great foundation built at the time,” says Maddon. “And we captured a lot of that in the 2002 World Series.”

“Joe Maddon hopes to win another championship with the Angels, with whom he spent his 1st 30 years in pro baseball”, Mark Gonzalez, chicagotribune.com, October 16, 2019.