Home › online gambling › Should the Brewers spend over $200 Million on Yelich?

Should the Brewers spend over $200 Million on Yelich? 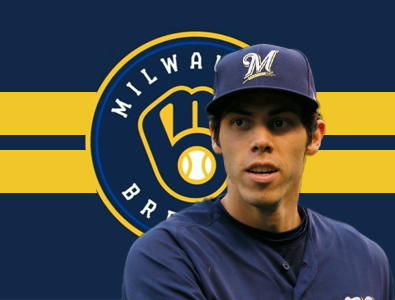 According to sources over at the Athletic the Milwaukee Brewers and superstar outfielder Christian Yelich are close to finalizing a long term contract extension. This new deal for last year’s batting champion is reportedly going to run for the next 9 years and worth approximately $215 million. This contract extension will be the largest in franchise history, and it will tie Clayton Kershaw’s contract for the 16th largest in Major League Baseball history.

As of now the new agreement should keep Yelich in Milwaukee through the 2028 season while providing a mutual option for the 2029 Major League Baseball season. Although nothing is set in stone as of yet I have been told that this deal will get done and is expected to fairly soon.

The perennial All Star’s previous contract that was signed with the Miami Marlins was for 7 years and valued at $49,570,000. Yelich would now make $12.5 million this upcoming MLB season and $14 million for the 2021 baseball season. Following that a new 7 year $190 million contract extension would begin.

Yelich is coming off 2 absolutely amazing seasons. In 2018, he was awarded the National League’s Most Valuable Player. He was on pace to possible win that prestigious award again last year until he broke his knee cap by fouling a pitch off of it on September 10th, 2019.

This injury ended his season, but he was still able to hit for a batting average of .329, hitting 44 home runs, 97 runs batting in, and an OPS of 1.100 over the course of the 130 games he played in throughout 2019. Those number were good enough to earn him his second consecutive National League batting title. 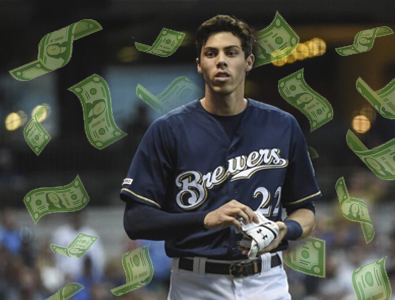 Analysis of this Contract Extension

This new deal Yelich is about to sign later this week is a great deal for both sides. It allows the small market organization of the Milwaukee Brewers to keep one of the best if not the best major league ball players of this time right now as he has recently entered his prime, and they will have for a nice stretch of time.

If the Brewers had waited for him to enter free agency which would have occurred in a few years he would have the right to demand more money especially as big name players these days are getting $30 million or more even on long term deals. Players such as Mookie Betts, Garrett Cole, Bryce Harper, Manny Machado, Anthony Rendon, Stephen Strasburg, and others have been getting somewhere around $300 million for approximately 10 seasons with their respective ball clubs.

The Milwaukee Brewers have been contenders recently and they should continue to be for the next several years if everything works out the way it should for them. They do have other key core players they will need to resign soon like their left handed closer Josh Hader, second baseman Keston Hiura, and right handed pitcher Brandon Woodruff. It is also a good thing that Ryan Bruan’s contract is coming off the books soon. In fact, it will expire before Yelich’s new contract extension even kicks in.