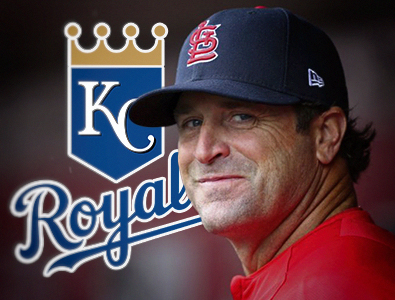 The Kansas City Royals recently announced they have decided to name Mike Matheny as the next manager of their ball club. He is the 17th manager in the franchise’s history since the Royals were founded in 1969 by Ewing Kauffman.

Matheny had previously managed the Saint Louis Cardinals from 2012 to 2018. He had success in this role early on as the Cardinals won the National League pennant in 2013. He was able to lead St. Louis to a winning record in each and every season as their manager, but with the mediocrity of the ball club they were not meeting expectations and making the MLB postseason the last few years he managed the ball club. Matheny was fired by the Saint Louis Cardinals midway through the 2018 MLB season.

Previous Position with the Team

Matheny spent the previous year as a special advisor to the Royals. He worked on many different levels of the organization such as scouting and player development. As Ned Yost retired at the culmination of the 2019 MLB season the Royals were in need of a new manager for their team. Kansas City was heavily impressed by the leadership and baseball knowledge of Mike Matheny so they named him the manager of the Royals beginning in 2020.

Matheny was a catcher for 4 different Major League Baseball teams throughout his playing career. He started out with the Milwaukee Brewers in 1994, and he stayed with Milwaukee through the 1998 season. He played briefly with the Toronto Blue Jays just for the 1999 season. From there he went to Saint Louis Cardinals from 2000 to 2004. Matheny finished his playing career with the San Francisco Giants from 2005 – 2006. Matheny won four MLB Gold Glove Awards at the catching position (2000, 2003, 2004, 2005). He also has extensive experience in the MLB postseason as a player and as a manager.

"When I left," Matheny explained, "I went home to my wife and my five amazing kids and I said, 'I don't know how to explain it, but this is where I'm meant to be."

"He has interacted with leadership of all levels. He's spent time in our rookie league, with the medical staff, evaluating people for the draft," says Kansas City Royals general manager, Dayton Moore. "As Mike interacted with all those people, to a man, they were amazed by his leadership."

`"I needed two days. I don't know why two days," Matheny stated in regards to how long he needed after being fired from managing the Cardinals. "I loved playing the game, but what I truly found I love to do was coach and manage."

"They aspire to play for Mike," Moore expressed, "and that's ultimately what sold us on him."

"Our entire organization is delighted to announce and celebrate the hiring of Mike Matheny," Moore exclaimed. "Every department has had the pleasure to work and interact with him this past season. Through this interaction, it became very clear to our leadership team that Mike is the obvious person to lead our baseball team. Mike Matheny is a passionate leader with strong virtues, intelligence, and a relentless commitment to help players reach their full potential. We are looking forward to him and Kristin being a part of this very special city."