Super Times Pay Wheel Poker is a video poker variant that awards random multipliers and wheel spins. The price for this is the player must double his bet, with the additional wager paying for the features. 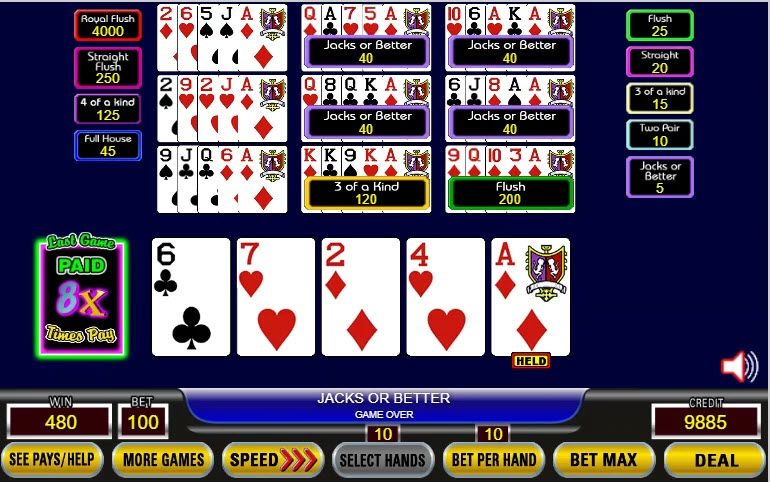 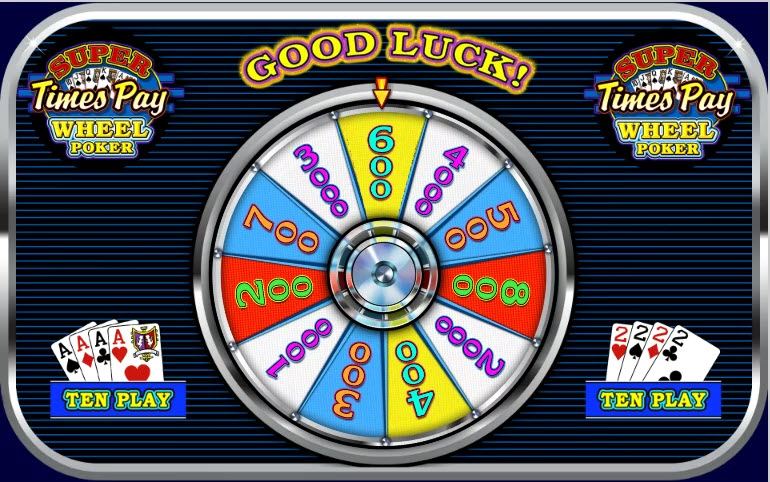 I only know the top pay tables as shown at VideoPoker.com. Other more stingy pay tables are also available. The following table shows the most liberal pay tables available as well as the associated bonus probabilities, average multipliers and average wheel spin awards.

The strategy is the same as for the same game and pay table. This is because the bonuses are awarded randomly, as opposed to earning any particular hand.

VideoPoker.com — Where you can play Super Times Pay Wheel Poker for fun.