No, Stack the Deck Poker is not video poker played using cards with "stacked" naked ladies on them. The thrust of it is that if the player pays an extra two coins per hand in multi-play poker, then it enables a feature that adds extra cards to the deck you need in certain situations before the draw. For example, with four to a royal on the deal, the game adds five copies of whatever card you need to complete the royal to the deck. See the rules section for all the details. 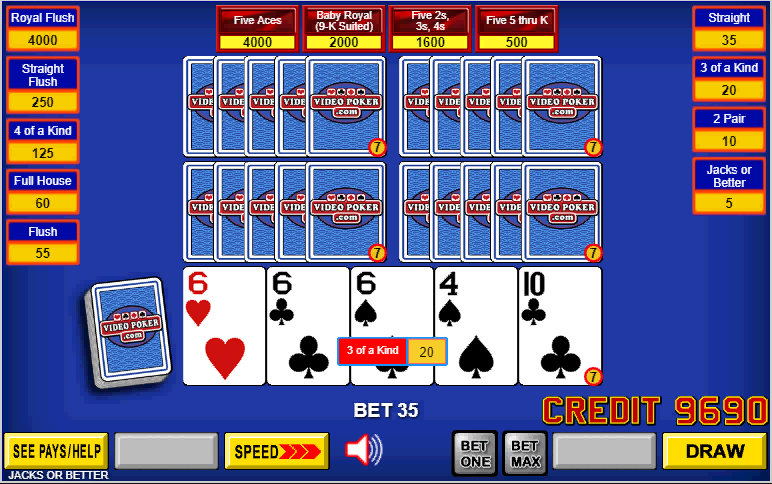 In the hand above I got three sixes on the deal, which qualifies for extra cards. 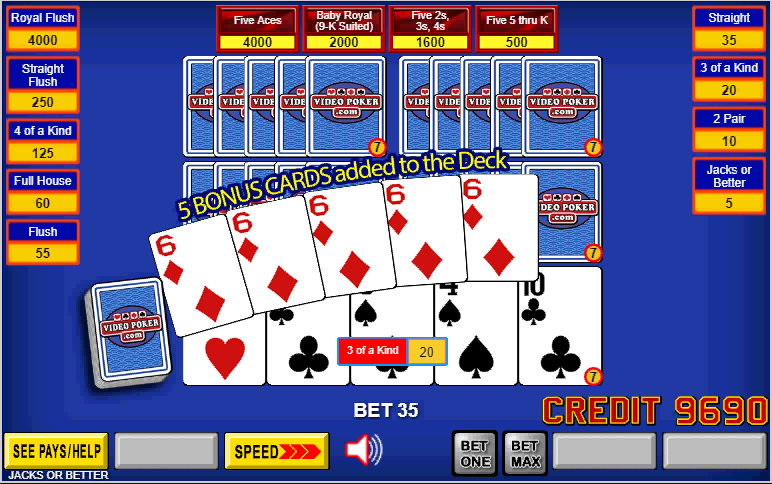 The game animation shows five extra sixes (in the missing suit) being added to the deck. 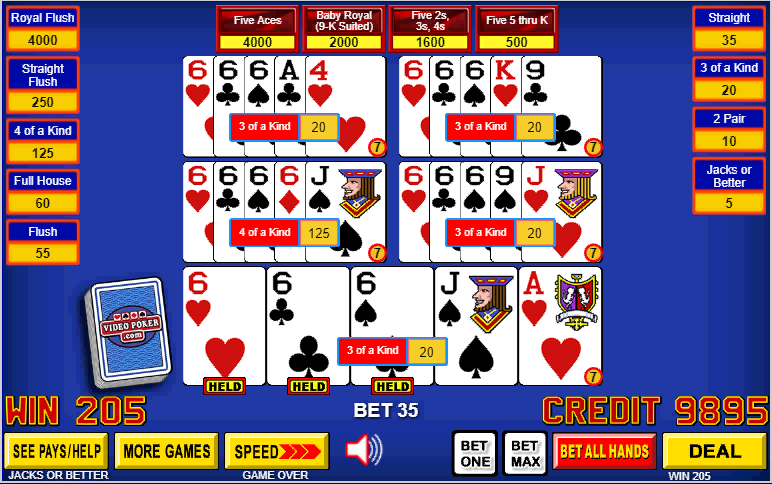 On the draw, one of my five hands improved to a four of a kind.

The following return tables show the probability and contribution to the return for all games available at VideoPoker.com. These tend to be the most liberal pay tables available to the casinos. I'm sure other pay tables are available, but I don't know what they are at this time.

I'm afraid you're on your own with that for now (don't you hate it when I say that?)