Haywire Poker is a video poker variant that can be added to conventional multi-play machines. With an extra three coins bet per line, the player invokes the Haywire feature. The feature randomly gives the player random multipliers from 2x to 12x.

For those already familiar with Moving Multipliers, Haywire Poker is the same except the multipliers are redrawn as they move, as opposed to staying the same each time. 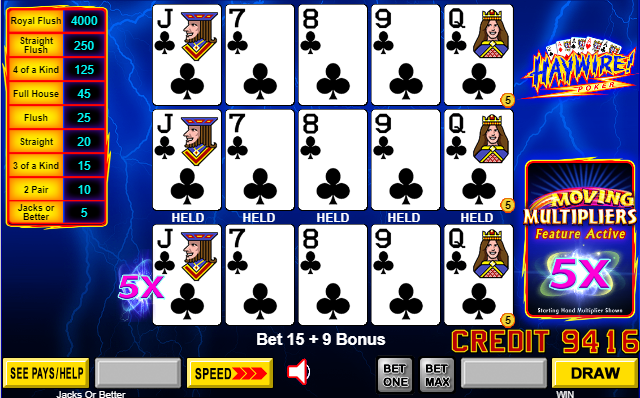 In the image above, the bottom hand was awarded a multiplier of 5x. I was dealt a pat flush, so I held all cards. I won't bother to show the outcome after the draw. 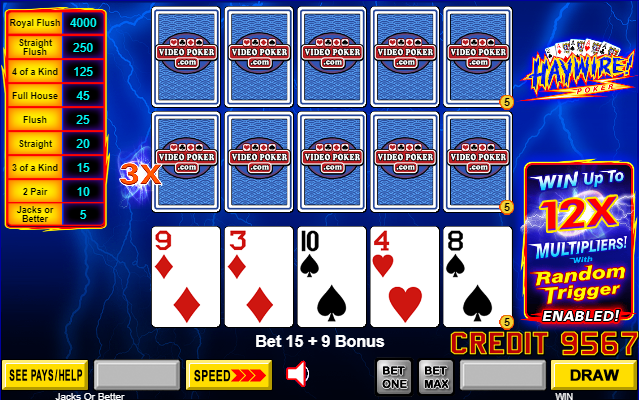 In the next hand, the multiplier moves to the middle hand and becomes 3x. 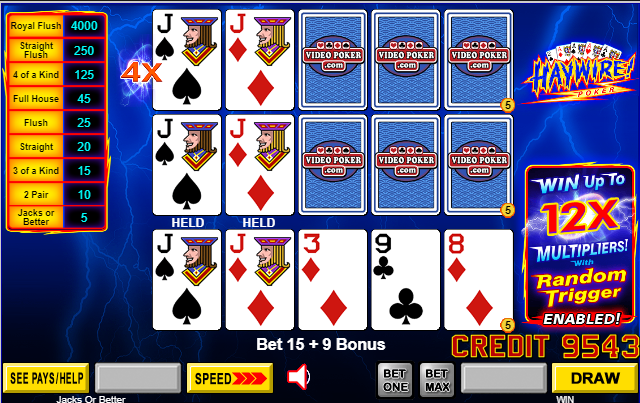 In the next hand, the multiplier moves to the top hand and becomes 4x.

The following table shows the return for both the base game as well as with the Haywire feature for games and pay tables for which Haywire is available. This list does not include all Joker Poker pay tables at this time.

The strategy is the same as for the base game and pay table.

Thanks to VideoPoker.com for letting me post screenshots from their demo game, sharing the games and pay tables this game is available on, and the exact multiplier probability.