Fortune X Poker is a video poker variant that awards randomly bonuses. If the bonus is awarded, the player may either keep a hand with one multiplier or decline it for a higher multiplier the next hand. As usual, the player must an additional fee to invoke the feature.

The following rules are based on those found at VideoPoker.com.

If these rules were unclear, here are the rule screen directly from the game. 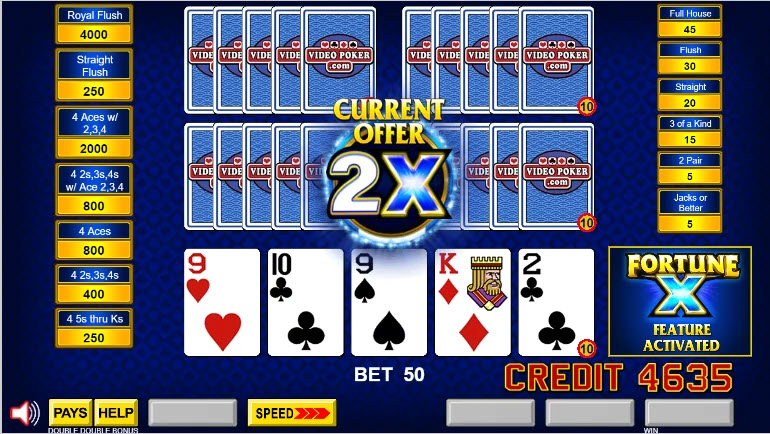 In the image above, the feature was awarded.  My choices were to keep the 2x multiplier with a low pair on the deal or decline it.  I chose to decline it, playing out the hand normally.  I held the pair of nines, which developed into one two pair, paying 10, on the draw (not shown). 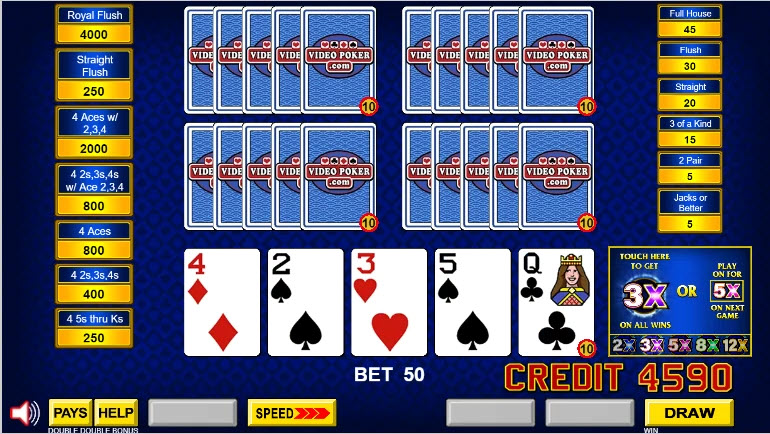 In the previous hand I declined the 2x multiplier, so this time I'm eligible for a 3x mutliplier.  With only an outside straight draw on the deal, I chose to decline the mutliplier.  After the draw, two of the hands improved to a straight (not shown) for a win of 2×20 = 40. 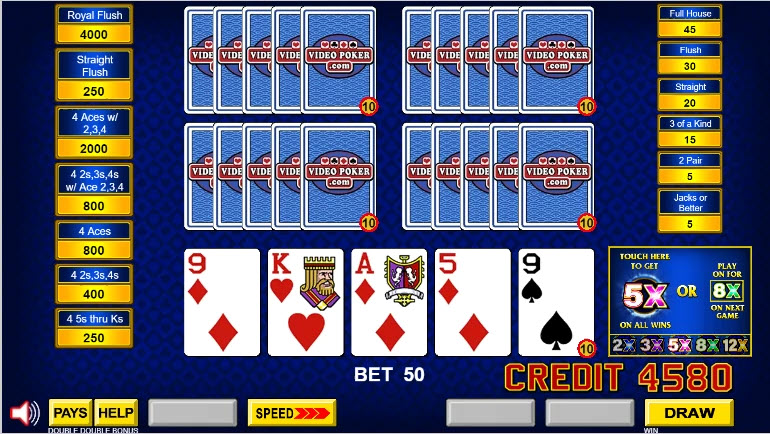 The next hand, I was dealt a pair of nines on the deal.  The multiplier is now at the 5x stage.  A low pair is not enough to accept the multiplier, so I declined it.  My low pair improved to a two pair and a three of a kind (not shown), for a win of 5+15=20. 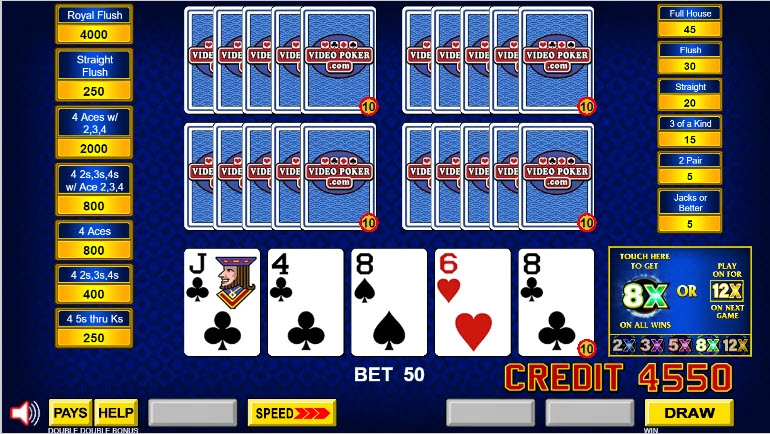 In the following hand, I was dealt a pair of eights on the deal.  I am now at the fourth stage of the multiplier progression, at 8x.  Like the previous hand, a low pair is not enough to keep the multiplier, so I declined it.  My low pair improved to two three of a kinds (now shown), for a win of 2×15 = 30. 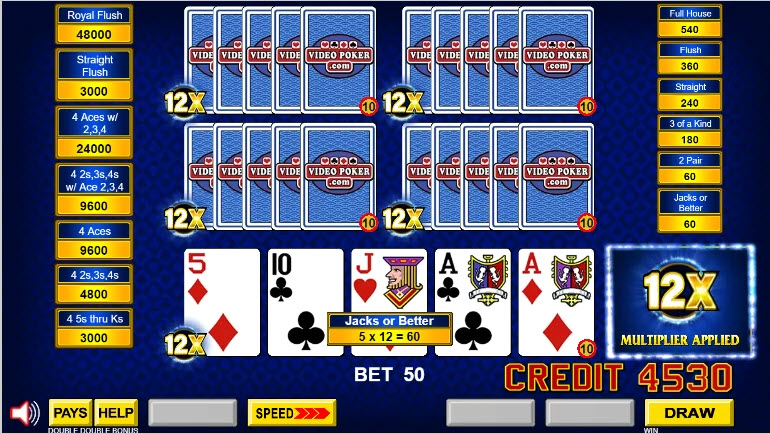 The fifth and final hand in the progression has a 12x multiplier.  My hand on the deal was a pair of aces. 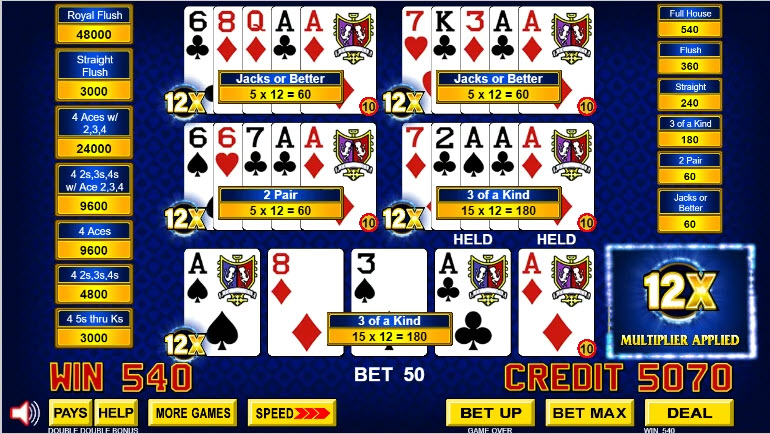 I show the player should be indifferent to accepting a multiplier at the following expected values on the deal, based on 9-6 Double Double Bonus. These expected values are based on a single-coin bet (for example the EV of a dealt royal flush is 800). If the actual expected value is higher, accept the multiplier, if lower, decline it.

For games other than 9-6 Double Double Bonus, the breakeven points should still be about the same, but not exactly.

The following table shows my analysis for 9-6 Double Double Bonus. As a reminder, the return for this game in conventional video poker is 98.98%. The probability of triggering the feature, when not already in it, is 11%. The table below shows the probability of every combination of hand and multiplier. The return column is the produce of the base win, multiplier, probability and 0.5. The reason for dividing by 2 is the player must double his bet to invoke the feature. The lower right cell shows a return with the feature of 99.01%.

The following table summarizes the possible events in 9-6 Double Double Bonus, without the hand breakdowns. Again, the lower right corner should a return of 99.01%.