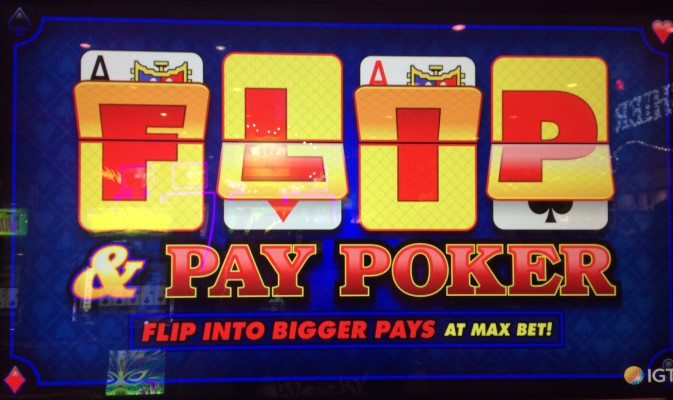 Flip & Pay Poker is a video poker variant that is placed on top of conventional video poker games, single-line or multi-line. The player can play those games normally or pay a fee equal to the maximum bet amount of five coins per line to invoke the Flip & Pay feature. If the feature is active, cards may flip a card one rank in either direction, leaving the suit the same, if it improves the hand to at least a two pair. 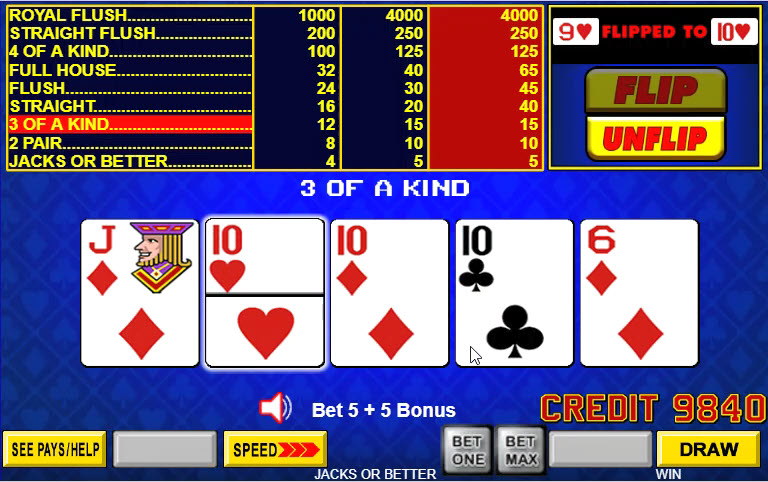 In the hand above I was initially dealt a 9 of hearts in the second position from the left. Increasing the rank by one improved what would have been a pair of tens to three tens. 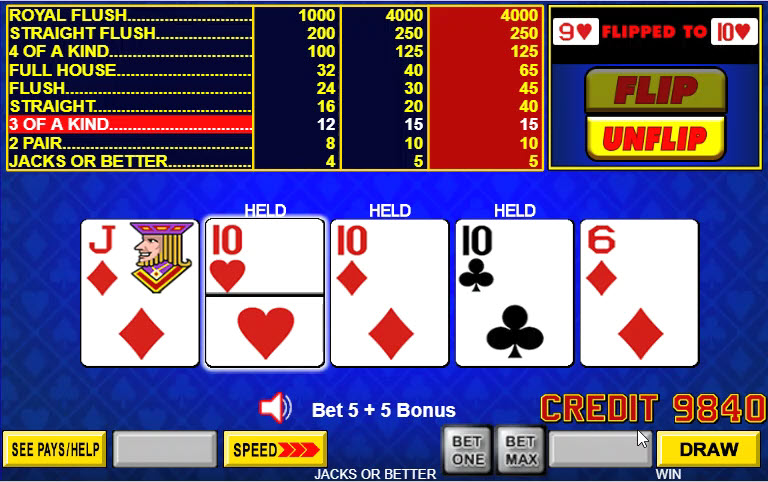 In the image above, I hold the three tens and discard the jack and six. Since I accepted the flip, the 9 of hearts is returned to the deck. 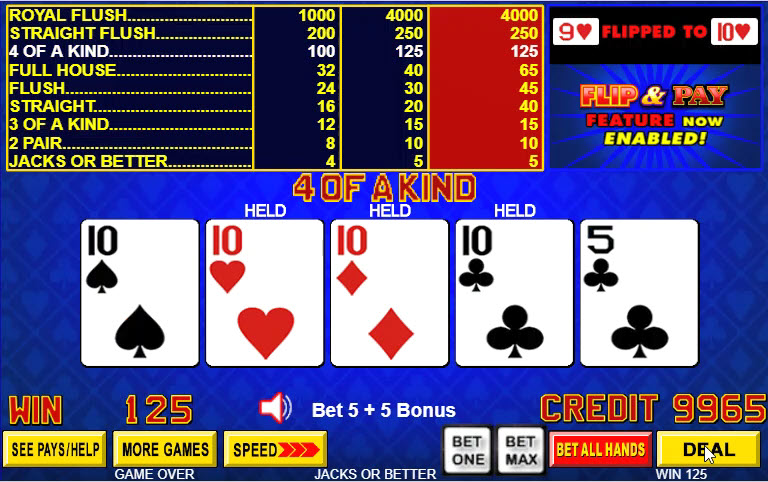 On the draw, I get the 10 of spades, improving my hand to four tens, paying 125 credits.

I would like to thank Gary J. Koehler for verifying the returns in the tables above.