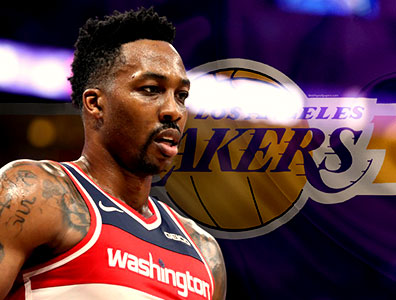 On Friday, August 23rd, 2019 the Los Angeles Lakers completed a contract buyout with the Memphis Grizzlies to acquire Dwight Howard for the upcoming 2019-2020 NBA season. Howard signed a specific contract with the Lakers stating that it is a non-guaranteed contractual agreement in which Los Angeles can part ways with the veteran center if they so choose without having to pay him on the one year deal.

The message from the Los Angeles Lakers to Howard was sent nice and clear. It basically means that if he disrupts the team and their goals for this season in anyway and he is gone from the team. The only reason the historic and wildly successful basketball franchise brought him on was because they needed to complete their 15-man roster prior to the season beginning.

DeMarcus Cousins was originally signed in free agency to fill the Laker’s need for a big man that can play defense, rebound, block shots, and allow the superstars of the team such as LeBron James and the newly-acquired, Anthony Davis to be able to generated the majority of the offensive production. This role recently was vacated to Cousins when the news broke that he tore his ACL and is most likely lost for the entire 2019-2020 NBA season.

Howard promised to play a humble role on the team and convinced him that the 8-time NBA All Star has a healthy back post-surgery and he has lost 20-30 pounds to be in better shape to handle the work load of a full work load of a rigorous year of professional basketball especially down low in the paint. Howard narrowly beat out Joakim Noah for the final spot on this year’s Lakers ball club.

The Lakers are in a great position this time around as they have up until the NBA’s deadline of January 7th, 2020 to guarantee contracts meaning they can potentially cut Howard from the team anytime before that deadline without costing the team a single penny for him.

Howard has been nothing but an unproductive, childish distraction ever since he signed with the Atlanta Hawks in 2016. Since then, he has been traded three times as well as waived twice from teams over the last few years. Howard will never be the player he once was but the Los Angeles Lakers obviously feel he can still serve a purpose if he falls in line and acts accordingly. Only time will tell if his second stint with LA will be better than his first time around in which he was completely worthless.