Home › games › Betting on the NBA

Betting on the NBA 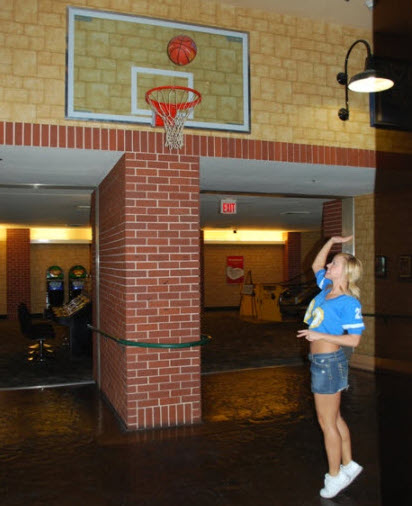 This page addresses betting on basketball, specifically the NBA. The figures in this pages are based on 6,567 historical games, from seasons beginning 2013 to 2017. It is assumed the reader knows basic sports betting terminology. If this is not the case, please visit my page on sports betting first.

Betting Against the Spread

On average, the home team wins 58.4% of the time and scores 2.70 more points than the road team. However, betting against the spread, I show road teams to be the much better value, as the following table shows. The table is based on laying 11 to win 10. The return column shows the expected percentage of money won (or lost when negative) to money bet. As you can see, betting home teams has a house edge of 6.22%, while road teams are only 2.70%.

Road or Home Team Against the Spread

The next table shows the results betting on underdogs and favorites against the spread. This does not include the 61 games where the point spread was zero. I was expecting underdogs to do significantly better, but the results proved me wrong — they did only slightly better. As you can see, the probability of the underdog winning was only 0.4% greater than favorites. The return shows the ratio of expected player win (negative indicates a loss) to money bet, assuming the player is laying 11 to win 10.

Underdog or Favorite Against the Spread

The following table shows how often each game went over, under, and fell exactly on the over/under line. The return column shows the ratio of player win to money bet, assuming laying 11 to win 10. Not surprisingly, the table shows betting the under side to be the slightly better value, with a probability of winning 0.21% higher than over bets.

Under or Over Against the Total

The following table shows the expected return on money line bets, assuming one unit is bet per game. The return shows that betting road teams is the better value, with an expected return 0.53% higher.

Money Line by Side

The next table shows the expected return on money line bets, cut by whether the team is the underdog, favorite, or even. Surprisingly, to me at least, the table shows favorites to be the better value, with a return 0.46% higher.

Probability of Winning by Point Spread

When I updated this page in 2018, there were a lot of obscure tables I was too lazy to update. However, I put too much effort into them at the time I made them to just throw them away. So, I split this off to Obscure Topics in Betting the NBA.