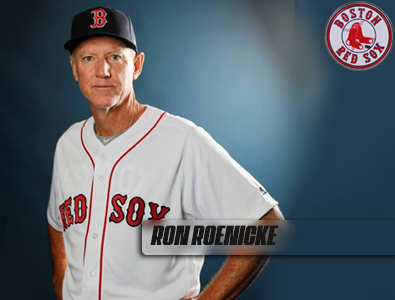 The Boston Red Sox just named their former bench coach, Ron Roenicke, as the interim manager of the ball club. This news comes one day before pitchers and catchers are expected to report to their spring training facilities for their first scheduled workout.

The Boston Red Sox hold their spring training at jetBlue Park at Fenway South in Fort Myers, Florida as the Red Sox are in the grapefruit league of the Major League Baseball spring training program. Boston’s first spring training game is scheduled for Saturday, February 22nd, 2020 against the Tampa Bay Rays.

From 1992 to 1993, Roenicke served on the coaching staff of the Los Angeles Dodgers big league team. Then he began his managerial career with the rookie level Great Falls Dodgers in 1994. By 1995 he was named the California League Manager of the Year for leading the single A (A) San Bernardino Spirit to the league title that season in minor league baseball.

In 1996, Roenicke operated as the hitting instructor for the triple A (AAA) Albuquerque Dukes prior to being selected for Manager of the Year once again this time for leading the double A (AA) San Antonio Missions to the Texas League title during the 1997 season. He managed the San Antonio Missions up until 1998 when he returned back to guide the Albuquerque Dukes but this time as their manager.

He left the Los Angeles Dodgers minor league system in 1999 to manage the triple A (AAA) Fresno Grizzlies which are a minor league affiliate of the San Francisco Giants. In 2000, Roenicke switched franchises once again as he was named the third base coach for the Los Angeles Angels of Anaheim Major League Baseball ball club. He handled those responsibilities well for six seasons helping the Angels win the World Series in 2002. Then he got promoted to the bench coach of the Los Angeles Angels of Anaheim in 2006 filling the shoes of Joe Maddon who left to manage the Tampa Bay Devil Rays.

Roenicke interviewed for the Milwaukee Brewer’s open manager position that became vacant in October of 2010. He was a finalist as a candidate for the job along with Bobby Valentine, Bob Melvin, and Joey Cora. Eventually he was named as the next manager of the Milwaukee Brewers on November 2nd, 2010.

Additionally, Roenicke managed the Milwaukee Brewers from 2011 MLB season up until he was fired on May 3rd, 2015 after the Brewers got off to a dreadful start to their 2015 season with Milwaukee beginning that year recording an early record of 7 wins and 18 loses. Throughout his tenure as a big league manager in the National League Central division his overall record was 342 and 331 which is good for a winning percentage of .508. He acquired an MLB postseason record of 5 and 6 while managing in 11 playoff games equating to a win percentage of .455.

After only several months out of Major League Baseball Ron Roenicke was hired on August 17th, 2015 as the third base coach of the Los Angeles Dodgers. Then in November of 2015 he went back to the Los Angeles Angels once again as their third base coach for the 2016 and 2017 MLB seasons. He was then hired as the bench coach of the Boston Red Sox on November 2nd, 2017 working under their first year rookie manager Alex Cora. Success came fast in Boston as the Red Sox won the World Series in 2018. 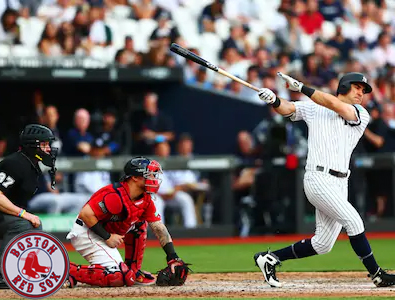 With the emergence of the electronic sign stealing scandal that hit both the Houston Astros as well as the Boston Red Sox hard during the 2019 – 2020 MLB offseason. The Astros were investigated and disciplined first. Both the general manager, Jeff Luhnow, and the manager of the Houston Astros, AJ Hinch, were suspended by Major League Baseball for one year resulting in the Astros franchise firing both of those men following the sign stealing investigation.

Alex Cora who was the bench coach of the Houston Astros during the 2017 season was heavily implicated in the scandal according to the MLB investigation. Boston fired Cora from the Red Sox managerial position. Due to the fact that Boston’s bench coach in 2018, Ron Roenicke, did not have any involvement in the sign stealing scandal the Red Sox felt comfortable promoting him as the interim manager of their ball club. He may become the permanent manager of the Boston Red Sox after Major League Baseball officially releases their investigation into the electronic sign stealing scandal revolving around the Boston Red Sox. That is expected to happen sometime very soon.

Mookie Betts and David Price along with their large contracts were traded from Boston to the LA Dodgers earlier this week. The LA Dodgers will receive young talent such as Alex Verdugo. While the third team involved, the Minnesota Twins, will acquire pitcher Kenta Maeda from the Dodgers. The Minnesota Twins are sending the Boston Red Sox hard throwing prospect, Brusdar Graterol as well.

It is a big time loss for the Boston Red Sox to trade away one of the best players in baseball at the moment, Mookie Betts, who seems to be just hitting his prime in terms of age and production. David Price is understandable as Boston was looking for a way to dump his overvalued and pricey contract to another organization.

It should be of no surprise that these offseason moves will inevitably weaken the Red Sox ball club, but the Boston Red Sox believe that these are moves that will benefit them down the road as they look more at the big picture then just this upcoming 2020 MLB season. We will have to watch and see how the Red Sox play over the next several years before determining if this deal was a wise idea for Boston or not.

"We have no reason to think there would be anything to cause an adverse result for Ron in this investigation, but of course the investigation is not complete," say the Boston Red Sox chief baseball officer, Chaim Bloom, one day before the team's first scheduled spring training workout for pitchers and catchers. "It's not fair for us to determine that. We can't determine what comes out of the investigation, so we're going to respect the ongoing investigation."

"We'll address permanency when [the investigation] is complete," Bloom stated.

"Last year, these guys are upset about what happened and I think that's a good thing coming into the year," Boston Red Sox interim manager Ron Roenicke explained. "Sometimes when you win all of the time, you kinda just think, 'Well, we'll just show up and win.' These guys don't feel that way. They know the kind of work it's going to take, especially this spring to get ready for the season, and how difficult it is to win all of the time. They've got something to prove and hopefully we keep them healthy, which is huge, and we can get back in the playoffs again and then we'll see."

"I said at the beginning of this process, I think it's really important to evaluate people for who they are in total, the whole person, and everybody who does this type of job, you bring your whole self to the job so you really look at everything and how it all adds up, putting players in a position to succeed," Bloom proclaimed. "There's no question that Ron, having been a part of the success here, being as perceptive as he is and combining with the time he spent around this group, it equips him much better to be the guy around." 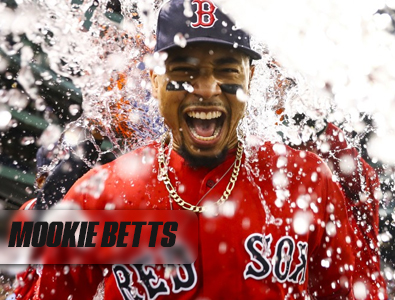 "Ron is a great candidate, and he knows our team," says J.D. Martinez.

Boston Red Sox infielder Michael Chavis says, "I love him. He's a really good dude. Really knowledgeable about baseball. He's been around the game a long time, so it's cool to see his analysis. He's got a nice combination of the old school from his experience, but he's also good at understanding how the new game is developing and how it's changing. Having those sides in one is very interesting."

"The analytics, without a doubt, are different. We started them a lot my first year when I went there and Chaim was with Joe Maddon," Roenicke exclaimed. "Joe and I talk about a lot of things and basically it was analytics, really back all the way to 2000, when I was with Joe in Anaheim. It's just easier to get to everything now. We always wanted all the information we can get, but now, if I ask someone for something, I get it. Before, it was like we wanted something, but how in the world can we possibly get this stuff? It was a huge advantage to have all of this information. It's a big advantage to have a department that communicates well with that group of manager and coaches."

"These guys congregated to [Cora]. I would walk down there and you would see four or five players sitting next to him on the bench," Roenicke stated. "You walk in the dugout or the locker room and you see him sitting and you have this group around him. That told me something. It told me that, hey, even if I thought I was good at communication, I could be better. I'm going to try to do that. As open a format as you can have, and communicate as well as I can do it."

"You don't replace Mookie Betts," says Roenicke. "He's one of the best players in the game. David Price, who you know who has put together some different seasons and obviously two years ago, helping us win the World Series. You don't replace him, but you move forward. All of a sudden, guys surprise you. You bring in guys and they step up and do well, and this team, they're focused on what they can do and showing people wrong."