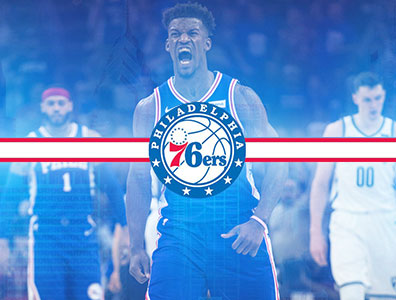 MIAThe Philadelphia 76ers have been extremely busy so far during the 2019 National Basketball Association offseason. After losing a heart breaking game 7 in the second round of the 2019 NBA playoffs to the world champion Toronto Raptors they have decided to make some serious roster changes.

That game 7 loss knocking the Sixers out of the postseason was on a last second game winning shot by Kawhi Leonard. In other words, they were not very far away from winning a championship last season, but they have decided to add and subtract players from their roster in order to provide themselves with the best opportunity to win it all next year.

The Philadelphia 76ers wanted to ensure they locked down their all star guard Ben Simmons for the next several years. They did just that by offering the youngster a five year max contract extension worth $170 million­­­­. Although they have until this October to finalize the deal it seems as if it will be completed fairly soon.

Simmons is a great all around point guard. He has potential to become one of the best in the game eventually. He is an outstanding passer finding his scoring threats where ever they are on the floor. He has a tremendous ability to drive and score in or around the paint, and his basketball knowledge on running the offense isn’t bad at all. The one drawback regarding his game is that he is not the most proficient shooter, but Philly hopes that he will improve that part of his game over time.

The Miami Heat completed a four team trade in order to acquire all star guard Jimmy Butler from the 76ers. League sources are reporting that Butler will sign a 4 year $140 million contract with the Heat. Miami is sending the Portland Trail Blazers Hassan Whiteside. The 76ers will get guard Josh Richardson, and the Los Angeles Clippers will absorb a protected 2023 first round draft pick to free up the necessary salary cap space to complete this four-team sign and trade deal.

The 33-year-old veteran five time all-star center, Al Horford, decided to opt out of his player option to rejoin the Boston Celtics and instead sign a new deal with the Philadelphia 76ers. The Sixers have granted Horford a four year $109 million contract to help him end his spectacular NBA career with Philadelphia.

Horford is still a very active and impactful big man in today’s NBA. His defense is impeccable and he can rebound and score down low as well as midrange. His presence makes the 76ers one of the biggest and best defensive teams in the National Basketball Association.

The Philadelphia 76ers must have been thinking that although they lost Jimmy Butler, they got Al Horford, and they saw a big upside in keeping Tobias Harris with this team. Harris was given a 5 year $180 million contract.

Harris is a very serviceable and reliable starting forward in the NBA. He has nice all around basketball skills, and fits in very well with the 76ers. With him and the other core players for Philadelphia locked down for the next four or five years they should have enough chances to bring a championship back to Philly.

The Philadelphia 76ers allowed sharp shooting guard JJ Redick to leave the franchise through free agency. Since then, Redick has landed a 2 year $26.5 million deal with the New Orleans Pelicans. They would most likely have kept JJ, but they could not afford to keep him with all the other deals they have had going on recently.