Lillard has Amazing Game to Eliminate Thunder from Playoffs 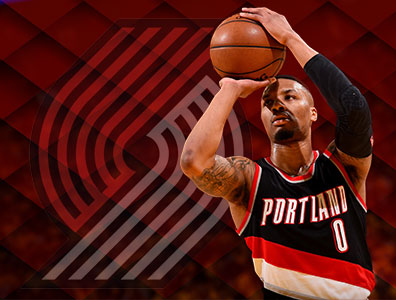 On Tuesday April 23rd, 2019 the Portland Trail Blazers hosted the Oklahoma City Thunder in game 5 of this first round match up of the NBA playoffs. The Trail Blazers were leading the best of 7 Western Conference series 3 – 1.

It was no secret that these two teams did not like each other. Portland’s Damian Lillard and Oklahoma City’s Russell Westbrook have been making these games personal as Lillard was getting sick and tired of Westbrook running his mouth excessively and making gestures towards him over the last week or so.

Lillard Speaks to Yahoo Sports about the Rivalry

Damian Lillard invited a few people to his home for dinner on Monday night to watch Game 4 of the first-round series between the Utah Jazz and Houston Rockets.

For several minutes, the Portland Trail Blazers’ star guard sat quietly on his sofa, chowing down on fried catfish, red beans and rice, and broccoli. And then suddenly, he spoke: “I’m getting rid of these mother------- tomorrow.”

Following successful contested jump shots over Lillard, Westbrook would occasionally trot back on defense making the “rock the baby” gesture.

“He was doing that on jump shots,” Lillard told Yahoo Sports. “That’s not when you’re supposed to rock the baby. You rock the baby after overpowering someone in the post. He had one layup in the post on me. Look it up. I’ll live with his jump shots. He wasn’t rocking no baby on me.”

After Westbrook scores on a player, he often gets animated, shouting and showing up opponents, and this series was no exception.

“I’m not even paying attention to it,” Lillard told Yahoo Sports. “But when I do see it, that’s cool. He does it every game, so it doesn’t bother me. I don’t celebrate in someone’s face and try to disrespect my opponent. But if a team calls a timeout, I’ll go acknowledge the crowd and celebrate with my teammates as I’m going to the bench. I’m not going to say some wild s---. I think with him, he’s pounding his chest and talking s--- and that’s what gets him going. That’s the difference between us.”

Lillard showed a social-media clip of him telling Westbrook, “Stop running from this ass whoopin’,” as Lillard grew weary of Westbrook switching off him, while Lillard continued to be Westbrook’s primary defender.

And what came out of Westbrook’s mouth during a few of his post-basket outbursts was the B-word, something most players wouldn’t dismiss without an altercation.

“I’m not out here to prove to these dudes that I’m the hardest mother------ in the league because they cussed at me on the court. But they know where I’m from and what I’m about. This Oakland. But I don’t take s--- personal. My goal is to get the win.”

At his dinner party Monday night, Damian Lillard goes on to describe how the Oklahoma City Thunder tried to run up the score on the Portland Trail Blazers during their one and only win of the 2019 NBA playoffs.

He tells yahoo sports how Paul George attempted to dunk with seconds left in game 3 when they were up by 12 points as the game was ending. Although the dunk occurred after time had expired, it was an attempt by the Thunder to run up the score on Portland. It is an unwritten rule in sports not to score unnecessarily at the end of the game when you can run the clock out and are winning by a sizable margin. 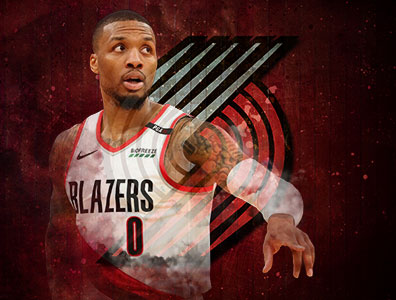 Damian Lillard obviously had enough of the Oklahoma City Thunder, and decided to take matters in his own hands. He had an amazing game scoring 50 points and hit 10 three pointers, which has never been done before. Lillard had 7 rebounds, 6 assists, as well as 3 steals.

Portland was losing 107 – 92 with only 7 minutes and 12 seconds left in the fourth quarter, but the Trail Blazers went on a 23 – 8 run to tie the contest at 115 – 115 with only several seconds left in the game. Damian Lillard ran the clock down and decided to take the shot that would decide the game from 37 feet out from the basket. That is shot was basically in between the half court line and the three point line.

The shot goes in just as the time ran out and the game was over. Portland defeated Oklahoma City 118 – 115 on that extremely deep three-point game winning shot by Lillard, who then proceeded to wave goodbye to the Thunder bench as they were eliminated from the playoffs.

At his postgame presser, George called Lillard’s dagger a “bad shot,” and the Blazers All-Star responded.

“The reason I wanted this series is because if we really wanted to do something special, we needed a good test,” Lillard told Yahoo Sports. “Coming off how we were swept last year by New Orleans, I wanted to face a team and an opponent that people thought we couldn’t beat. I wanted to prove something from the jump. We needed a matchup that would potentially bring out the best of us. There were no excuses. We had every reason to be up for this.”

“There’s been a lot a talk, a lot of back and forth, and that was the last word,” says Lillard.

This was truly one of the best NBA post season performances I have ever seen, and I grew up watching MJ. There have only been two other players in the last 50 years to clinch a playoff series by scoring 50 points or more, and they are Michael Jordan and Charles Barkley. Damian Lillard’s 50 points sets the Portland Trail Blazer’s franchise record for most points in a single post season game. That 37 foot game winning shot was simply unbelievable, and I am sure I will never forget it. It was absolutely cold blooded!