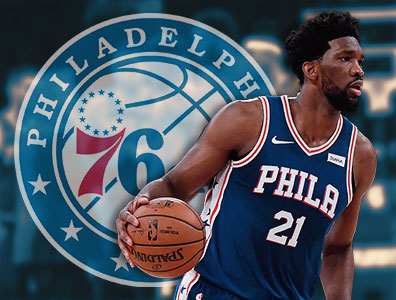 On Thursday, May 9th, 2019 the Philadelphia 76ers won in an elimination game against the Toronto Raptors forcing a game 7 in the Eastern Conference Semifinal series of the 2019 NBA playoffs. After losing games 4 and 5 the 76ers bounced back to win game 6 with a final score of 112 – 101. The series is now tied at 3 games apiece. The win or go home game 7 will be played on Sunday, May 12th north of the border in Toronto, Ontario at the Scotiabank Arena.

On another note the Philadelphia 76ers superstar big man, Joel Embiid, returned back to his dominant style of play which had seemed to fade away over the previous couple of games against the Raptors.

Embiid finished game 6 with a stats line of 36 minutes, 17 points from shooting 5 – 14 from the field as well as sinking 2 – 3 from a 3-point lead. He secured 12 rebounds crucial rebounds, had 1 assist, 1 steal, and 2 blocks both on the Raptors most valuable player, Kawhi Leonard. Embiid put up a plus – minus of plus – 40.

Not only did he contribute on the offensive end of the court, but his presence and authority on the defensive side of the ball was outstanding. It seems that the Philadelphia 76ers live and die by the performance of Embiid. It was obvious that he was not playing at his usual All Star level during games 4 and 5, both of which the 76ers lost, as he was battling an illness.

"Coming in, knowing that this was a do-or-die situation," says Embiid. "I knew that I had to come in with high spirits. ... That's what I got to keep on doing -- do the little things, and everything's going to follow."

"It's the playoffs," he added. "I got to play. If I got to play 45 minutes and push myself out there, that's what I got to do. If that's what it takes to win, if my presence on the court is needed, I got to be there. It doesn't matter if it takes the whole game, and I'm fine with it.”

"Going to keep on pushing myself, and in Game 7, we're going to need it. I'm going to need to be on the court, and I intend to be ready for anything -- if I have to play a whole game."

"Basketball is fun," he continued. "I understand that it's Game 7, but got to come in and fight -- just like we did tonight. Our backs were on the line tonight; I feel like our backs are still on the line. So we just got to do the same thing."

The Philadelphia 76ers starting point guard, Ben Simmons, also had an amazing performance on his home court in game 6. He played 34 minutes while registering 21 points on shooting an efficient 9 – 13 from the field and pulled in 8 rebounds and dished out 6 assists. When Simmons distributes 5 or more assists in this series the 76ers have a record of 3 – 0 in this Eastern Conference Semifinals round of the 2019 NBA playoffs. 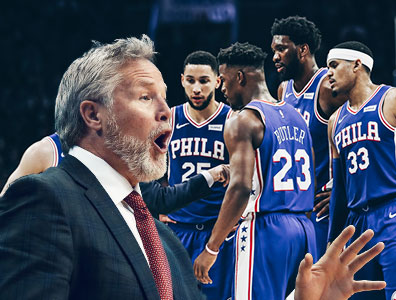 Player and Coach Reactions after the Game

Philadelphia’s Head coach, Brett Brown, said this about Simmons, "What he did today was lots of the reasons he was an NBA All-Star at age 22, as an NBA point guard with the ball. I really loved his no turnovers, and I really loved his offensive rebounds. I thought those two things, amongst all those comments I just made, are what stood out the most. It's the evolution of a 22-year-old, 6-10 point guard [who] used to be a college 4 man."

Jimmy Butler had this response regarding Embiid and Simmons, "That's how we need him to be. Along with Jo and everybody else, you can't key in on one or two guys on this team because we have so many guys that can put the ball in the basket."

"He's such a force. He draws a lot of attention so for us we can make plays," says Simmons about Embiid. "He's been doing well for the circumstances he's been under."

"The mood in the locker room as we went through sort of an early shootaround -- our version of shootaround -- before, you could sense the serious side," said Brett Brown. "They got the moment."

After the media bashed Embiid and the 76ers halfway through this entertaining NBA playoff series, Philadelphia came back with a vengeance to win game 6. I have a strong feeling the Sixers are going to ride the momentum from Thursday night’s contest and win game 7 in Toronto which would propel them to winning this best of 7 Semifinal series.

I anticipate that it will be a hard fought and exciting game though. It will not be an easy win for either team. Embiid and Simmons will have to put up a huge performance pushing themselves hard at every moment of the 30 – 40 minutes that I believe they will play. The Philadelphia 76ers will also need to rely on other players such as Jimmy Butler, Tobias Harris, and JJ Redick.

The Kawhi Leonard-led Raptors will be ready to play, I’m sure, so that will make Sunday’s match up quite interesting. Philly will need to limit the damage from Leonard and play very sound defense throughout the game.

If Philadelphia plays out of their minds and wins game 7, they will advance to the Eastern Conference Finals for the first time in 18 years. The last time they made it to the Eastern Conference Finals and eventually to the NBA finals was in 2001 when they had the unbelievable 11-time All Star and Basketball Hall of Fame guard, Allen Iverson. Unfortunately, in the 2001 NBA Finals, they lost to the Los Angeles Lakers who were loaded with players like Kobe Bryant and Shaquille O'Neal (Shaq). Allen Iverson did win the NBA Most Valuable Player Award (MVP) that season (2001).